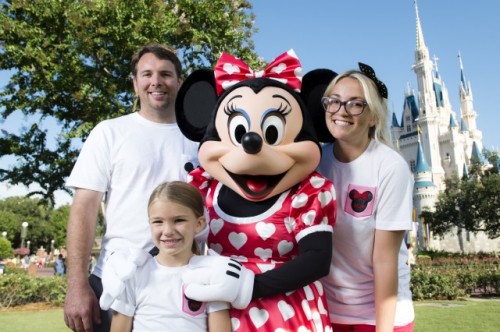 Actress and country music artist Jamie Lynn Spears posted with her husband, Jamie Watson, her six-year-old daughter Maddie and Minnie Mouse in front of Cinderella Castle at Magic Kingdom. Of course, there might have been a stop at Bibbidi Bobbidi Boutique for Maddie included in the fun:

Jamie Lynn Spears is the sister of pop superstar Britney Spears and former star of “Zoey 101″ on Nickelodeon. She lives in Nashville, TN and is currently on tour to support her first country music single. Her sister Britney launched her career at Walt Disney World, starring in “The All-New Mickey Mouse Club” that taped at Disney’s Hollywood Studios theme park.