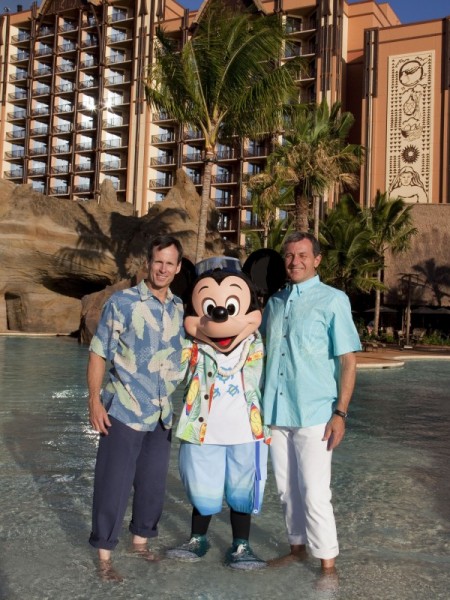 It’s an honor that has include such great corporate leaders as Bill Gates, Jack Welch, and Michael Dell in the past. Now Disney’s CEO Bog Iger can add his name to the list of CEO’s of the Year as awarded by Chief Executive magazine. Among the reasons given for the selection was Iger’s ability to transform the company while the rules of Hollywood were changing making it stronger and more profitable. Plus the fact that he didn’t ruin the brand even when adding multiple pre-existing brands (Marvel, Star Wars, Muppets, to name a few) to the list of franchises managed by the Walt Disney Company.

“Even iconic brands need fixing from time to time,” says JP Donlon, Editor in Chief of Chief Executive magazine. “But instead of the easy fixes, Bob Iger played the long game by addressing Disney’s cultural issues head-on with a three-pronged strategy, making it a stronger, more profitable company with greater depth in its overall brand. For this reason, he is well-deserving of this year’s CEO of the Year honor.”

Just the sixth CEO in the company’s history, Iger, who took over the helm in October 2005, transformed the organization into a profit-making powerhouse. He acquired Pixar Animation Studios from Steve Jobs in 2006 and Marvel Entertainment in 2009. In 2012, Iger negotiated a deal for Lucasfilm, which gave Disney the rights to the Star Wars brand. During Iger’s tenure, Walt Disney’s 2013 shareholder return was 202 percent. In February of this year, the stock price hit an all-time closing high of $79.23, compared to just $23.81 when Iger first took over as CEO.

Nominations for CEO of the Year were garnered from among the readers of Chief Executive magazine. The 10 most frequently cited nominations were evaluated and a winner voted upon at a meeting of a peer Selection Committee, which took place earlier this year in New York City.

Say what you will about Iger’s rule atop the magic mountain that is Disney’s legacy, the company is thriving in an atmosphere that saw numerous other companies bought out or just throw in the towel. We’re no where near that status anymore at Disney (although things weren’t so stable when Iger took office) and we have Iger’s leadership to thank for that.