Newsies leaving Broadway for the road 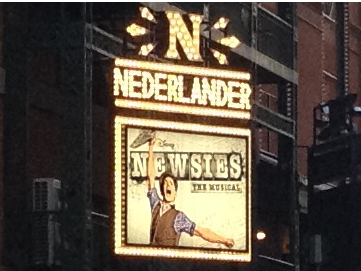 For Disney it’s been the little show that could. But now the end is near for Newsies Broadway run.

Never intended to play on Broadway at all, Newsies moved to the great white way for a limited run of 101 shows after enormous success at Paper Mill Playhouse. Before the final curtain falls on August 23rd, the paperboys will have tapped and sung their way through 1005 shows.

I’m a little bummed I never made it to New York to see the show on Broadway. But the good news is that production is hitting the road for a tour including Orlando in January of 2015. The tour was announced in November of 2013 and will hit 25 cities in 2014-2015.

Congratulations to Disney Theatrical for doing what so many people said could never be done. Newsies really did seize the day and now they’ll bring the show to thousands more.