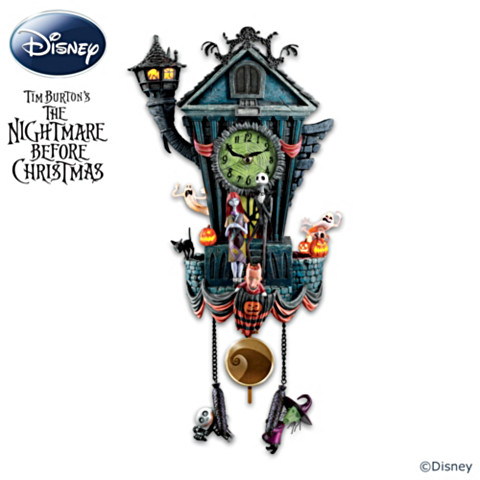 Tim Burton’s “The Nightmare Before Christmas” Cuckoo Clock is a beautiful handcrafted sculptural wall clock featuring Jack Skellington, Sally, LED lighting, beloved movie music, Zero popping out on the hour and much more. It’s the perfect think for fans of the movie who want a little something strange in their home. 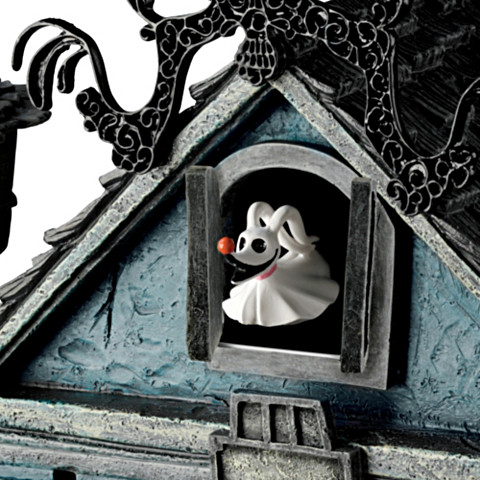 At a grand 21 inches high, this cuckoo clock recreates the spooky charm of Tim Burton’s imaginative classic in vivid detail, while hand-painted elements in vivid, nightmarish colors, bringing all the brilliance of Halloween Town, including Town Hall and Jack’s tower, and its creepy denizens to life. 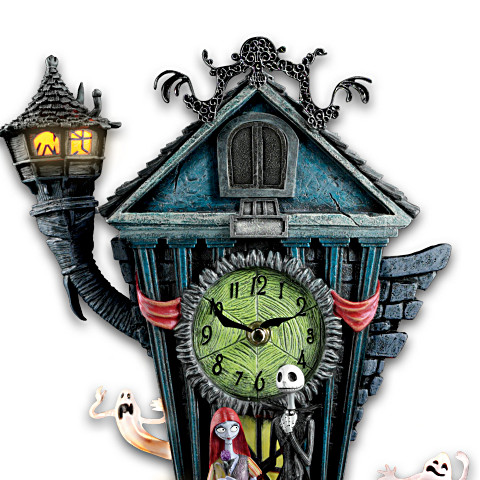 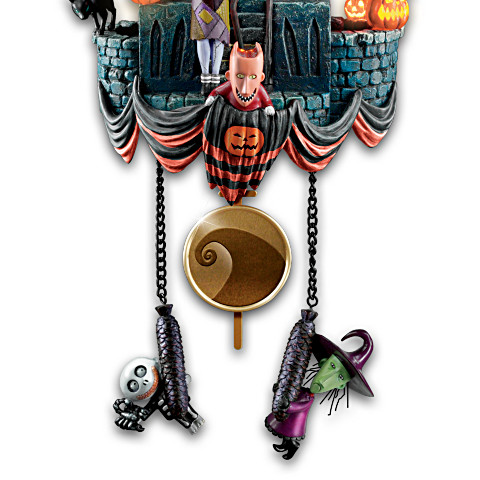 At the flip of a switch, the windows of Jack’s Tower, the ghosts and pumpkins illuminate with glowing light. Instead of a traditional cuckoo on the hour, this clock plays “This is Halloween” while Zero pops in and out of the doors atop the Town Hall. But, just like Halloween, this cuckoo clock can’t last forever. The Bradford Exchange is only producing it in a limited edition of 295 crafting days and strong demand is expected, so don’t wait to order.