JJ Abrams was notorious for the shroud of secrecy that surrounded his productions. The amazing lengths they went to hide actors, costumes, and sets in the Star Trek films actually did manage to keep much of what was in the film out of the public view. It looks like that practice is is out the window with Star Wars Episode VII, now he has a different tactic.

Last week, TMZ got their hands on more than 50 leaked photos from the set of Star Wars Episode VII (check them out here and here) including the first look at a still under construction Millennium Falcon.

Today, director JJ Abrams took to Twitter posting a picture of a memo for his crew asking them not to leak anymore photos and specifically dispelling the rumors that the Falcon will be in the new movie. 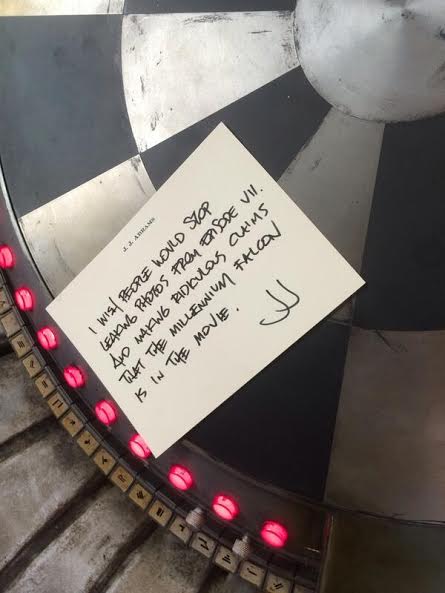 However, he conveniently placed the memo on a chess board that was used on the ship in question. 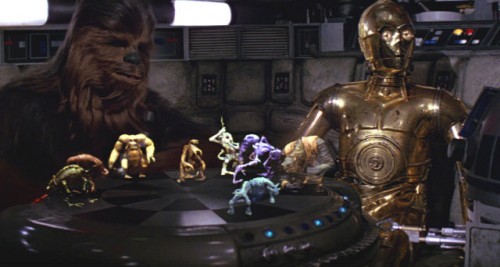 I love that Abrams took this tongue-in-cheek response to the photos.