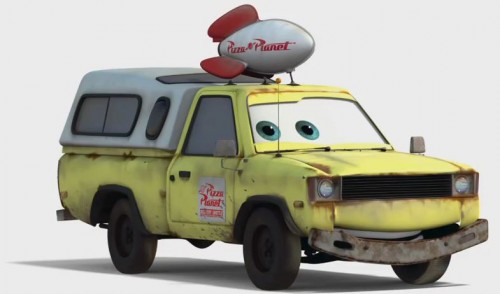 Fans of Pixar’s amazing films have been known to obsessively comb over every scene looking for hidden clues and in-jokes placed there by the animators. These are usually called ‘Easter Eggs.’ With that holiday coming up soon, Disney has introduced a tie-in virtual Easter Egg hunt special feature via their free Disney Movies Anywhere service.

The following preview is from the Pixar Easter Egg Hunt Challenge found exclusively in the Discover section on Disney Movies Anywhere and features Lee Unkrinch, Director of Toy Story 3.

Updated weekly, the Discover section of Disney Movies Anywhere features never-before-seen and exclusive content, available at no charge for members. Including first looks at new films, behind-the scenes vignettes, music videos, classic shorts from the Disney Archives, and much more. Joining Disney Movies Anywhere is free and you can redeem your digital copy codes or buy from Walt Disney’s iTunes store to build your library.

previousSeven Dwarfs Mine Train, Wrapping Up The Final Details of New Fantasyland
nextShow your Disney Side with this Minnie Mouse Nail Tutorial