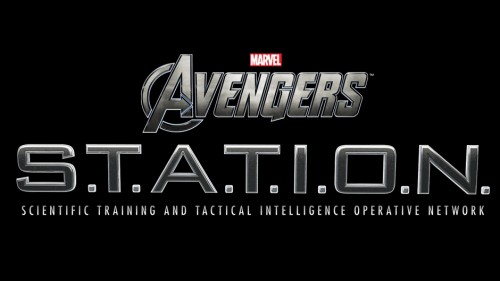 Marvel has announced, in association with Victory Hills Exhibitions, Avengers S.T.A.T.I.O.N., a new immersive experience that will be located in Discovery Times Square in New York.

“This is a real game changer in the exhibition world,” said Sean Haran, VP of Business Development at Marvel Entertainment. “By teaming up with Victory Hill Exhibitions, we are bringing all of the excitement of the big screen into an incredibly engaging experience that allows people to really delve into and explore the world of the The Avengers,” continues Haran.

Guests will be recruited and trained as a SHIELD agent and have access to all manner of SHIELD intel and technology. Everything from Loki’s scepter, to the Tesseract Portal Device to a Chitauri that was recovered after the battle of New York (hermetically sealed, of course).

Guests will also be able to find Asgard in the stars, operate Iron Man’s suit, see what happens in Banner’s brain as he transforms into…the other guy and even see if they have what it takes to go up against Cap.

This sounds like a lot of fun. I love the idea of bringing the MCU off the screen and into the real world. I wish that I could get up there to check it out. Unfortunately, despite its long run (May 23, 2014 through January 4, 2015), I don’t think it’s in the cards for me.

I love that they set this in New York, though. Marvel has always had a strong connection with the city. Stan Lee wanted his heroes to feel more realistic than the heroes over at DC and part of his solution was place his characters in a real city. Since he was living in New York at the time, he decided to write what he knew and the Marvel Universe has been firmly established in the Big Apple since.

previousInstapic: Peek-a-boo! I see you.
nextSeven Dwarfs Mine Train, Wrapping Up The Final Details of New Fantasyland