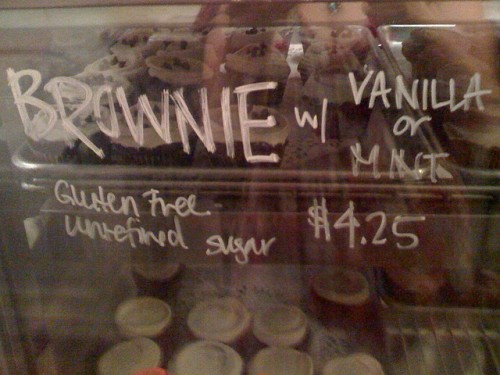 Friends, the gluten-free, health-nuts, and lovers of delicious desserts lend me your ears. I come not to disappoint you with news of the closure of the BabyCakes NYC Bakery at Downtown Disney, but to reassure you that you can still get your healthy gluten-free vegan treats when you’re at the Walt Disney World Resort.

You can find BabyCakes NYC desserts at the following Walt Disney World locations:

Update: From the comments, a look at what you might find in each location

Have a special event or dinner planned? BabyCakes NYC is able to deliver cakes to most table service dining locations on Walt Disney World property. Submit your order for cakes by phone (407.938.9044) at least 72 hours prior to your dining reservation. Stay up to date with Disney’s BabyCakes NYC on Twitter too: @DTDBabyCakesNYC.

Have you tried Baby Cakes NYC desserts before?

previousCelebrating 50 Years of “it’s a small world” Around the World
nextPirates League – A Great Experience for Girls, Too.