How Disney Helped One Family Reach Their Autistic Child 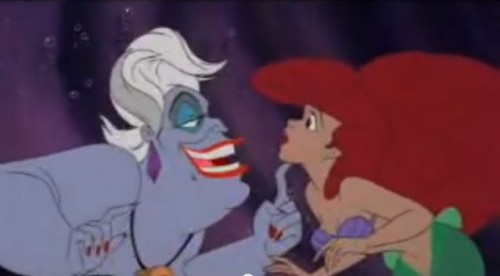 Ron Suskind, a Pulitzer Prize winning journalist, will shortly be publishing a very personal story of how the magic of Disney animation and theme parks helped his family come together and, in one case, allowed communication when none was possible before. Ron’s son Owen developed regressive autism around the age of three. It was a struggle to communicate with Owen as he grew older, but one night they had a break-through thanks to Owen’s experience with repeated viewings of “The Little Mermaid.” One night when they watched the movie Owen fixated on the scene with Ursula singing, “it won’t cost much, just your voice.”

I grab Owen by the shoulders. “Just your voice! Is that what you’re saying?!”

The article is adapted from “Life, Animated” by Ron Suskind, to be published April 1 by Kingswell, an imprint of Disney Book Group. It’s long, but powerful. We Disney fans have known that power of our dreams and Disney’s stories for some time. But it’s great to read exactly how big an impact they can truly make.

Read more of the excerpt at the NY Times.