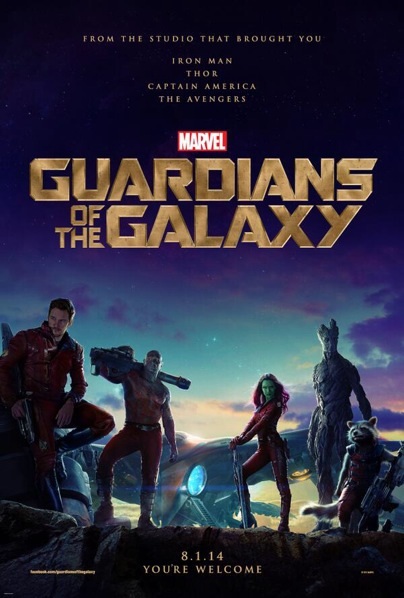 Guardians of the Galaxy is going to be Marvel’s most unique movie with the most unfamiliar characters to date.  They’ve got an uphill battle ahead of them in order for this movie to be successful. They’ve proved that they’re on the right track today by releasing a poster for the movie as well as five short videos introducing each character and the actor portraying them.

James Gunn is the director of the film with Kevin Feige producing, and Louis D’Esposito, Victoria Alonso, Jeremy Latcham, Alan Fine and Stan Lee serve as executive producers. The story is by Nicole Perlman and James Gunn, with screenplay by James Gunn. Marvel’s “Guardians of the Galaxy” releases in U.S. theaters on August 1, 2014.

How interested are you in seeing Guardians of the Galaxy?

previousPaleyFest 2014 to Host Marvel’s Agents of S.H.I.E.L.D. Panel on March 23
nextAnnouncing The Publication of “Dispatch from Disneyland” – A New Book From The Disney Blog’s John Frost