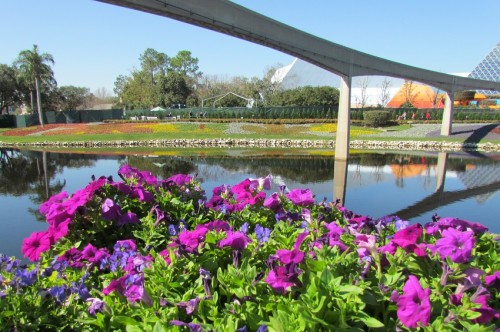 Hard to take a bad photo during the festival

The 2014 EPCOT International Flower and Garden Festival is still two weeks away, but already Disney is moving pieces into place. The horticulture team has been busy putting the giant Flower Quilts together and the festival team has been working on booths and displays across the park.

Yesterday I took a nice stroll through the park and captured some of their preparations for a fun look behind the process of assembling a great show for guests.

Can’t watch the video, photos from the walk are below the jump: 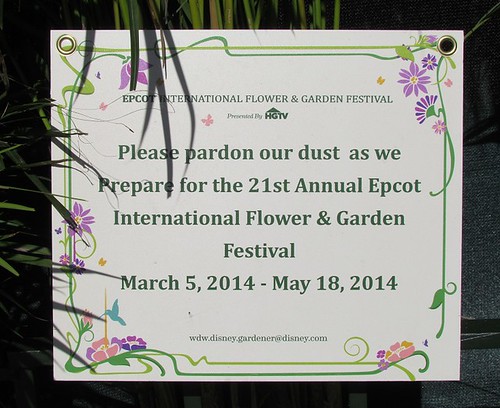 Both the larger kid’s play area and edible garden/irrigation display are being built. 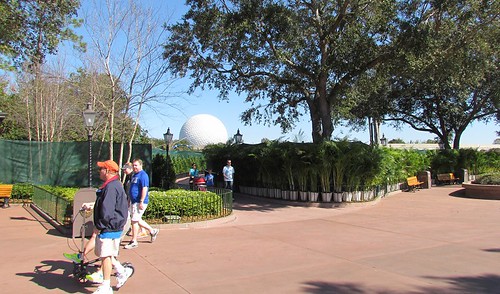 The playground has a Monster’s University theme this year (last year was The Great and Powerful Oz). Notice the eyeballs on the play structure. 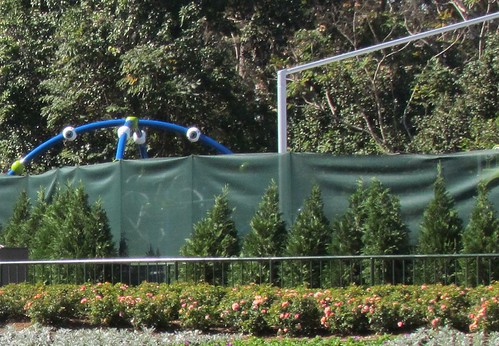 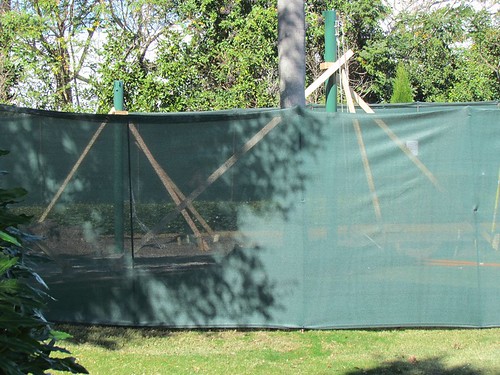 A look at the early stages of the Flower Quilt. The turf is stripped away and patterns are painted on the ground where the flowers will go. 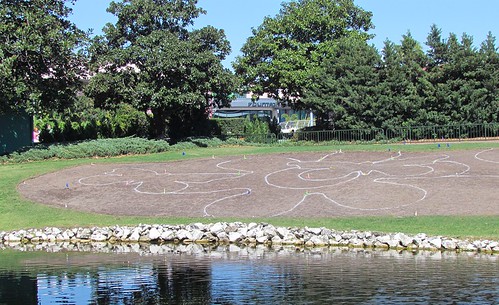 The giant flower quilt has already been installed on the other side of Futureworld. Looks like a flowers and butterfly theme for 2014. That’s the butterfly garden there in the background. 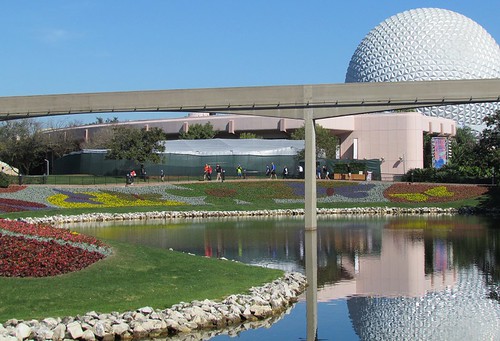 A display area going in near the exit to Innoventions 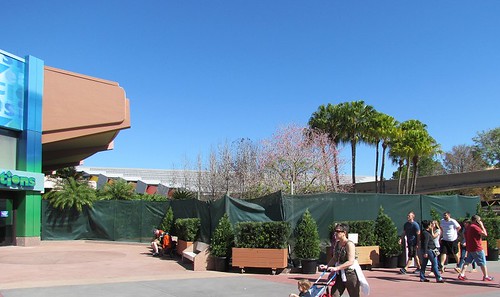 A focus on harmony with nature and birdhouses in this garden area: 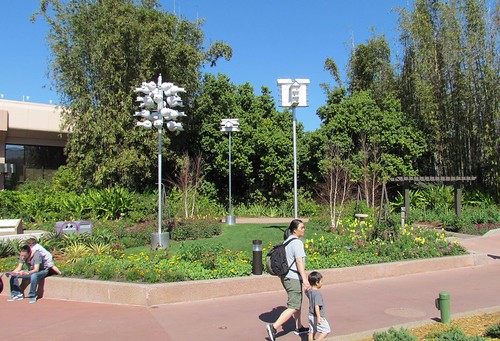 The food booths are back. This one is in France 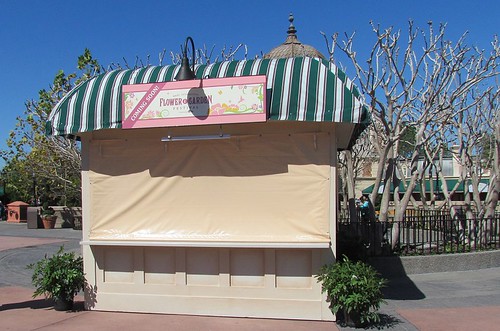 America’s food booth. Last year the BBQ was quite tasty. (although the portion was tiny and the price large.) 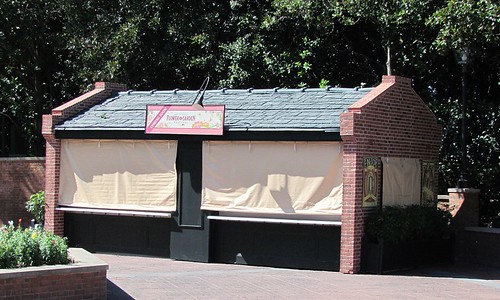 Japan’s booth offered unique and delicious Frushi (fruit sushi) last year. You don’t even have to be adventurous to try it. 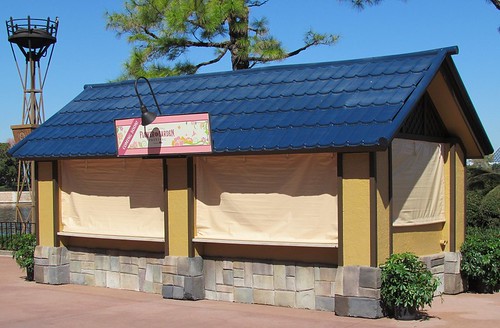 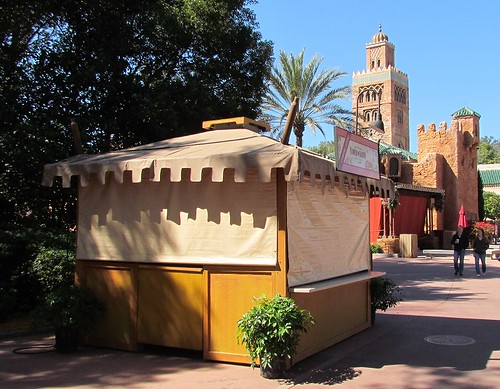 This is usually the outdoor living area between Morocco and France 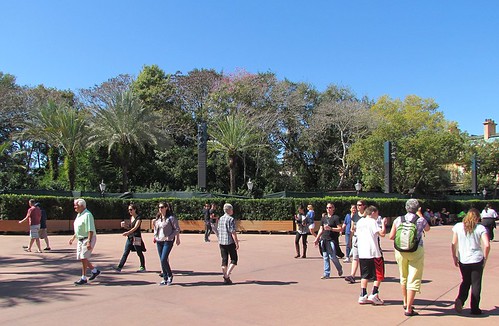 The Fresh from Florida food booth is in Germany this year. 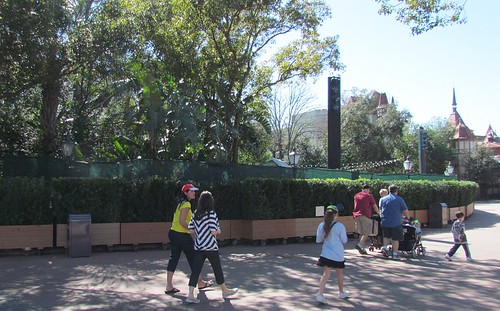 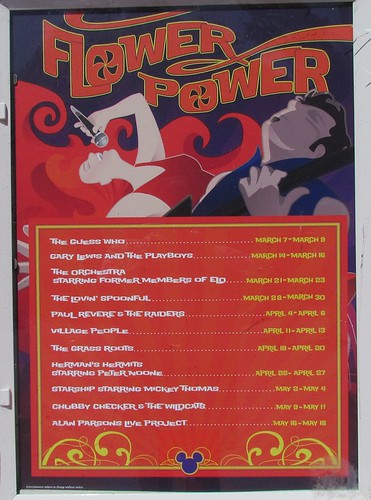 Workers are setting up the stage, but notice the lack of trees in the seating area? I wonder if they’ll replant to provide shade or instal some other contraptions? 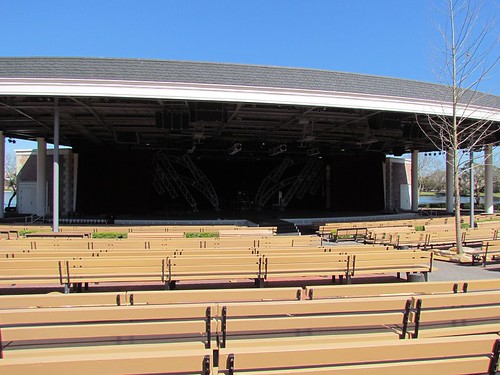