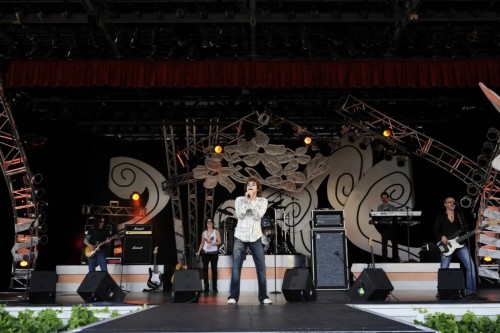 The Flower Power concert series that is part of the EPCOT International Flower & Garden Festival is a crowd favorite bringing many guests to the park to relive some great times enjoying the music of their favorite bands and stars. The Flower Power concert series runs March 5-May 18 with a lineup that will feature two new-to-the-festival-acts: Gary Lewis and The Playboys (“This Diamond Ring”) and Alan Parsons Live Project (“Eye in the Sky”).

Here is this year’s lineup (subject to change without notice):

Performances are at America Gardens Theatre at 5:30, 6:45 and 8:00 p.m. every Friday, Saturday and Sunday of the Epcot International Flower & Garden Festival and are included with Epcot admission.

For additional information about the festival, visit www.epcotinspring.com.

Definitely going to try and catch a new act this festival. How about you?