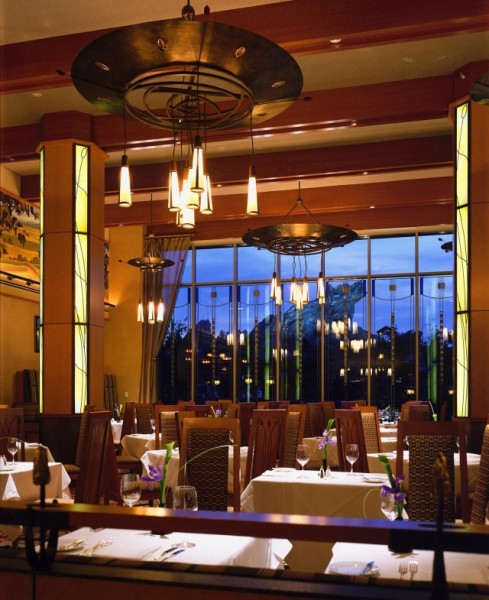 The dining scene at Disneyland has seen many changes in recent years. DCA’s re-launch added some amazing options while Disneyland retooled its menus just slightly, and upgraded a few popular locations with more space and more options. Needless to say, the choices can leave the new or infrequent visitor scratching their heads.

Here are some “insider tips” to help all guests find the best Disneyland dining options:

Most romantic dinner spot: It’s a toss-up between Napa Rose at Disney’s Grand Californian Hotel & Spa (above) and a corner table at Steakhouse 55 in the Disneyland Hotel. 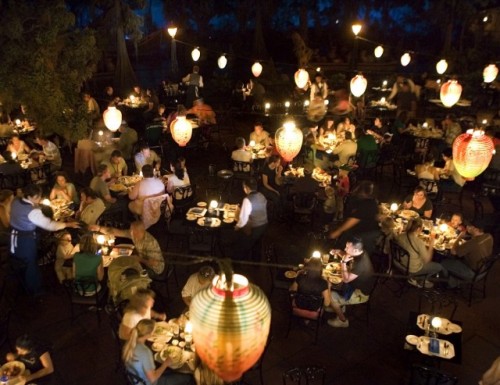 Tops for families: Gather round the table for breakfast or dinner at Goofy’s Kitchen at the Disneyland Hotel, where the Disney characters will have you dancing, or Blue Bayou Restaurant in Disneyland Park, with twinkling lights and a magical ambiance. Storytellers Cafe at Disney’s Grand Californian Hotel & Spa spurs family conversation with beautiful wall murals that depict tall tales set in the Golden State’s early days.

Where is Mickey Mouse? Best place to find the Big Cheese is Surf’s Up! Breakfast with Mickey and Friends at Disney’s PCH Grill at Disney’s Paradise Pier Hotel.

Best steak dinner: Steakhouse 55 at the Disneyland Hotel (the generous bone-in rib-eye is a hands-down favorite), or the grilled filet of Angus beef tenderloin at Napa Rose. (Editor: Catal Restaurant at Downtown Disney has always been my fav.)

How to order kosher meals: Kosher meals are available at most table-service restaurants at the Disneyland Resort. A 24-hour notice is required, and the meals are purchased from an outside vendor. Guests also may bring their own preferred kosher products.

Allergies, special diets: Chefs are happy to accommodate with advance notice by calling 714-781-DINE, or just ask for the chef when you arrive.

Grown-ups’ night out: For an evening without the kids, favorites include Napa Rose at Disney’s Grand Californian Hotel & Spa and Steakhouse 55, at the Disneyland Hotel.

Outstanding wine list: Napa Rose at Disney’s Grand Californian Hotel & Spa offers a selection of 80 wines by the glass from an award-winning list of more than 450 international wines (80 percent Californian) and a 17,000-bottle cellar.

Best Place to Take A Break: Grab some ice cream or a corn dog and sit on the Main Street porch. It was Walt’s favorite spot to watch the crowds go by.

Where do you like to go to eat, have a steak, enjoy a drink, or just watch the crowds go buy at Disneyland?

previousThe Mandarin is Back in the Marvel One-Shot ‘All Hail The King’ Starring Ben Kingsley
nextInstapic: BarBQue Smokehouse at Downtown Disney House of Blues