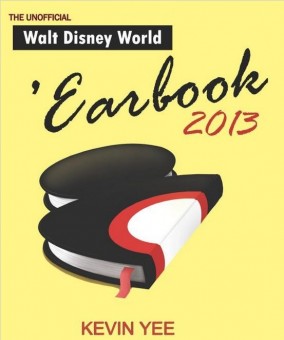 Since 2010, Disney author Kevin Yee has filled a valuable niche in the Walt Disney World field — a photographic look at everything new and departed at the resort. A yearbook, but in Disney terms an ‘Earbook.’ Think of it as an unofficial appendix to the official, but seldom updated, guidebook. Yee’s Earbook will let you re-live the special events, additions, removals, and alterations within its yearbook-style volume. Walt Disney World changes all the time, get the 2013 Unofficial Walt Disney World ‘Earbook for your shelf and ensure you never miss a beat.