We received this comment from Scott on the post “Part of Disney’s MagicBands Testing? Here’s Everything you Need to Know” and it seemed like a great idea to expound on this topic a little more:

Can anyone comment?  We are traveling over Christmas and are doubtful this useful loophole will still be available. Thus we anticipate being locked to only three Fastpass+’s per day.

We’re hearing this question a lot. First, MagicBands are being used as room keys and the old Key to the World cards are being used as back-ups.  Just like in the past, in addition to being a room key, it will hold your dining credits, park tickets, and your credit card. Unlike the MagicBands, it will not hold your fastpasses.  We’re advising guests to bring their cards to the parks just in case their bands stop working.

The second part of Scott’s question is a little more complicated. In theory, you can use your room key to get additional fastpasses, adding to the three fastpasses you already get ahead of time with your MagicBands. This effectively lets you “double dip” when it comes to fastpasses.  Or at least it should.

Because a certain number of fastpasses are set aside each day for resort guests, the pool of fastpasses available to those without bands is now smaller and it gets smaller as more resorts are brought on line and more people learn how to use the system to order those fastpasses ahead of time.  While you can still get fastpasses with your Key to the World card–and these fastpasses are called, charmingly, “legacy” fastpasses–you’re competing with every other resort guest who’s already figured out how to game the system, resort guests who aren’t yet using the bands, and off site visitors who do not have MagicBands.  This means, predictably, that legacy fastpasses are gone very quickly most days, especially for the more popular attractions, often by as early as 10:00 am. 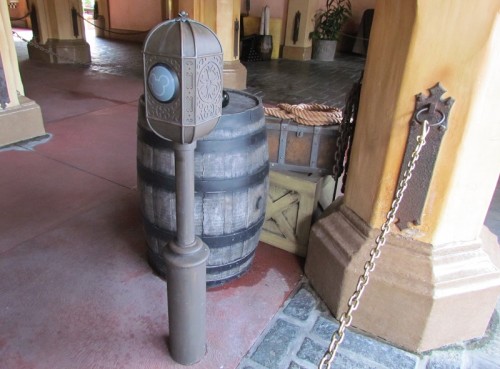 The bigger issue, of course, is how all this will effect guests who don’t stay on Disney property, including annual passholders who live nearby and visit during the day.  Disney hasn’t officially said what that policy will be yet and I’m not going to speculate on that here. I will say that I think this makes staying on property more appealing and that there are a number of interesting implications that arise here, including the possibility of decreased discounts if–and I want to stress that I’m just speculating here–MagicBands are the only or at least the easiest way to get fastpasses.

Scott, I hope this answers your question and gives you some guidance for your upcoming trip. If you’ve used the bands, I’d love to hear from you. I’d also like to know how you think this will effect fastpass use in the future.

previousFestival of the Masters Returns to Downtown Disney Novemember 8-10, 2013
nextNew Poster for Muppets Most Wanted