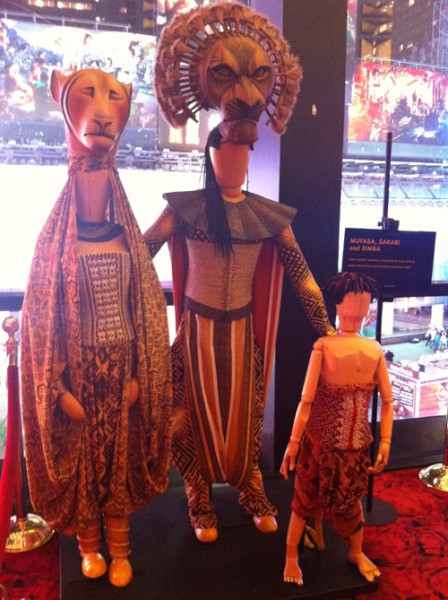 Have you ever wanted to go behind the scenes of Disney’s The Lion King? The massively popular musical is returning to Los Angeles for a limited time (November 20th—January 12th) and to celebrate, WonderGround Gallery in the Downtown Disney District at Disneyland Resort will showcase some of the extraordinary costumes and masks from the musical.

The Lion King is known for its elaborate and awe-inspiring costumes depicting Simba, Nala, Timon, Pumba, and the rest of the gang. At the Inside Disney’s The Lion King exhibit, you’ll get to experience a closer, more personal look at these costumes and masks, and there will also be collectible merchandise available based on the outfits.

The exhibit is now open, but will close on December 29th, 2013 (which is before the musical leaves LA, so if you’re planning on going to a January show you’ll need to make a special trip to see the gallery).

I’ve never gotten a chance to see this musical, but it’s definitely on my bucket list. And visiting the exhibit would be a great chance to see the costumes up close, since I’m sure it’s difficult to get a really good look at them during the show.

Has anyone seen the musical before? Would you like to visit the exhibit?