Behind the Scenes of Pixar’s Toy Story of Terror 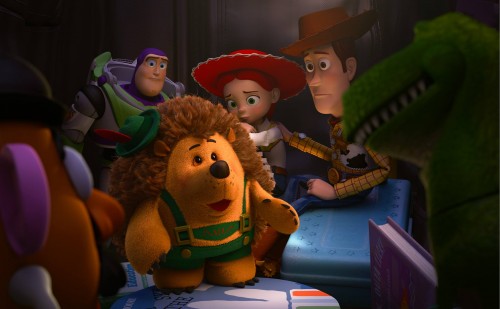 Pixar’s first foray into a television special premieres tonight with Toy Story of Terror! The gang is back, along with some new friends, as they explore the tropes associated with classic horror films. Light-heartedly, of course.

“What I’m looking forward to the most is seeing the movie with the commercials,” said the film’s director Angus MacLane, “as those long dramatic pauses that make you hold your breath are something that filmmakers don’t usually have a chance to play with in a more open-ended format.”

Disney has just released this behind the scenes video with MacLane and producer Galyn Susman. There’s also a great preview of the episode inside:

I’m looking forward to a return to the world of Toy Story and to seeing my old friends Buzz, Woody, and the gang again. I’m hopeful our reunion will be a good one. How about you?