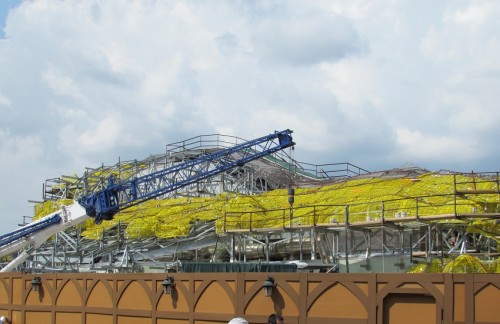 rock work finally starting on this side

Disney’s Magic Kingdom Mountain Range is about to get its fourth member – Snow White’s Mountain (just trying that on for size, no official name for the mountain has been revealed). The Seven Dwarfs Mine Train that rolls across the low hills of the mountain is getting closer to opening and in fact past an important milestone this week. In an online chat Imagineers revealed that a ride vehicle has been fitted to the track and can now be maneuvered by hand completely around the track. That’s big as it means systems testing can’t be too far behind. 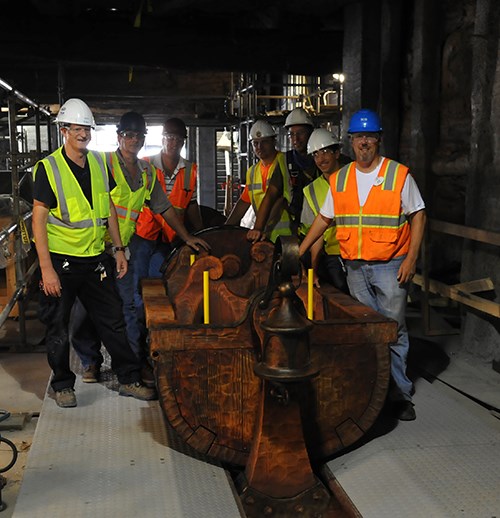 The ride height for Seven Dwarfs Mine Train coaster was confirmed to have a height requirement of 38″. That puts it above Barnstormer at 35″, but less restrictive than Big Thunder which requires 40″. That’s about what was expected. I would have liked to seen 36″, but I understand it’s a new ride system (with first of their kind ride vehicles), so better to be cautious when first opening.

I have a new video of construction progress on the attraction below the jump:

Note: they’ve added a small structure out front near where the queue will begin. The ‘windows’ they set up are getting really grainy lately and some of the rock work is now blocking a large portion of the view. But it is better than nothing and still a decent view on how much progress they’re making.

Seven Dwarfs Mine Train coaster will open in 2014 sometime, still no official date set, and complete the expansion of New Fantasyland. Will you plan another visit for after it opens?