Universal and Disney fight for your Vacation Dollar

Although they seldom admit it, Disney doesn’t really care that much if you spend a day at SeaWorld or Universal at the end of your trip. By then you’ve already spent the vast majority of your vacation budget (including importantly your souvenir, lodging, and food budget), with them. Having Orlando internationally known as a family vacation destination benefits Disney (those marketing dollars go a lot farther when its true) so it doesn’t make sense for them to set the phasers on kill when it comes to their competition.

This leading indicator was most obvious right after the Wizarding World of Harry Potter opened. Main Street looked like Hogsmeade during a Hogwart’s school break. The density of Harry Potter merchandise has diminished, but lately, the park has been full of people sporting Minion merchandise. If Universal was paying attention, they’d figure out more ways to spread the Despicable Me love around. Perhaps a stage show or restaurant to go with the 4D motion simulator. 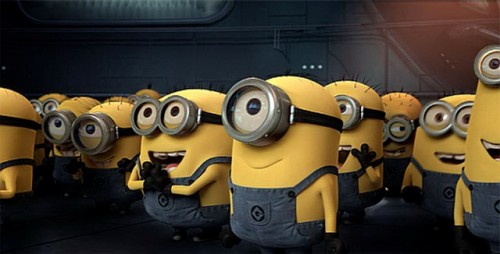 Disney needs to put some of that next-gen facial recognition technology to work tracking the volume Universal merchandise in the parks. It tells them directly how much money they’re losing to Universal. They can use this to justify some of the projects they have yet to announce.

Whatever Disney decides to announce, it needs to offer something new and big enough in scope that a makes guests want to stay with Disney first (ie, don’t just do a Star Wars Land, but add a whole Star Wars Resort). Because, based on Universal’s plans for the next few years, it’s going to be Harry Potter (with new movies coming soon too), dinosaurs, the Lorax, and (the big rumor is) Lord of the Rings as far as the eye can see for the foreseeable future. That’s some serious firepower lined up on one side of the theme park wars and, with Comcast as owners, the bankroll to make it reality too.

So after New Fantasyland is completed, what is Disney bringing to the fight? So far, they have announced a new Fastpass system that half the park’s guests can’t or won’t use (no smart phones or international plans only), an Avatar-land that keeps getting delayed whenever the movies get pushed back, and a new shopping mall.

Are you inspired by Disney’s efforts or are you more likely to stop at Universal Studios first on your next visit?