If you have a fleet of ships, you really need a Commodore to unite them. For years Tom Forberg has been the defacto maritime head of Disney Cruise Lines. He’s played a key role in the creation of each of the four ships and was the first to Captain each. Now, in a small ceremony aboard the Disney Fantasy, Tom has been given the official title of Commodore and the hat to go with it. 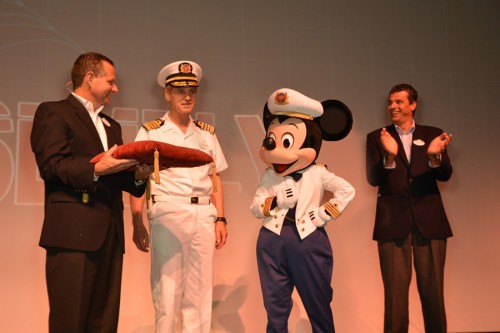 Now that the fleet has a true commodore, I wonder if it’s time for Disney to consider some new cruise options. Perhaps a river cruise would make a great addition? What do you think?

Regardless, Tom totally deserves the honor! Here’s to many more years of his benevolent stewardship of Disney’s amazing fleet.