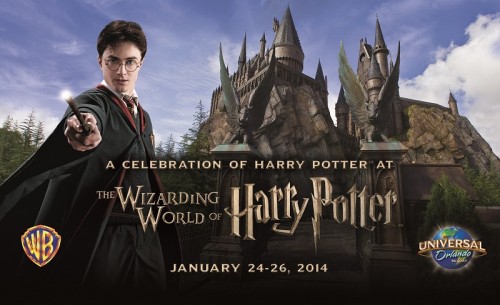 Guests will have the opportunity to:

Among other activities yet to be named.

Guests will also have access to The Wizarding World of Harry Potter, located in Universal’s Islands of Adventure, where they can soar above Hogwarts on the thrilling attraction, Harry Potter and the Forbidden Journey, sip Butterbeer at the Hog’s Head pub, see a wand choose a wizard in Ollivanders, explore iconic shops like Honeydukes, Zonko’s, and more.

While most of the activities for “A Celebration of Harry Potter” will be open to all Universal Orlando park guests and annual passholders, only guests who purchase the special event package will enjoy exclusive benefits and reserved seating for select events. Packages are extremely limited and go on sale at noon EST on Thursday, August 22. Package details are available on the website.

Have you attended one of these events at Universal Orlando before? Did you enjoy it and feel it was a value?