Bunheads has been cancelled…what about Netflix 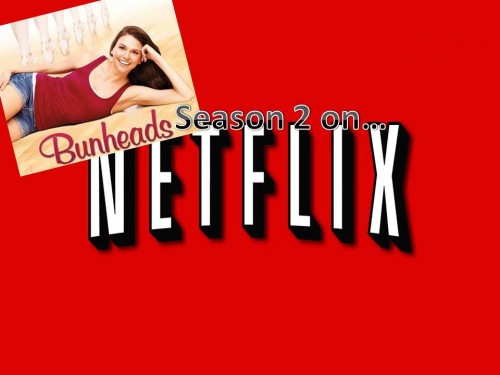 If you follow TV/Entertainment news to the nauseating level that I do, you know how Netflix is completely changing the TV landscape. What used to be known as a way to binge watch old TV shows and catch up on movies you missed in theaters, is now churning out some Emmy nomination worthy content. January gave us Kevin Spacey’s fantastic “House of Cards”, which I recently binged on 16 hours worth of flights, about a Majority Whip who will do anything to get to the top. The most recent original, “Orange is the New Black” is a riveting drama about a woman who goes to prison for a crime she committed a while back, I HIGHLY recommend it.

Then, there was a 4th season of “Arrested Development”, the critically beloved and Emmy award winning series that received another season after being cancelled years prior. The show, supposedly, will be getting a 5th season on Netflix as well, so the model is working.

When you look at “Arrested Development”, a show that did fantastically when it came to the critics, but horribly when it came to ratings, it follows the current situation of “Bunheads”. This wonderful hour long comedy had so-so ratings, but got the can at ABC Family, even though the amount of support for a Season 2 was staggeringly high.

Here is what I think. You bring back the whole cast for a Netflix season 2. Unfortunately, the 1st season didn’t have a real conclusion, so you create this 2nd season with enough of a ending that could keep viewers happy if a Season 3 wasn’t part of the equation.

The show had everything going for it, except viewers. “Arrested Development” had the same problem, and they are getting 2 seasons…so, come one Netflix. Pick up “Bunheads”!

The campaign to get “Bunheads” S2 on Netflix begins NOW!

Did you watch “Bunheads”? Would you like to see a 2nd season? Do you miss Fanny’s complaining? Let me know in the comments below. I now leave you with the funniest Tv moment of this year. Until next time…Have a Magical Day!