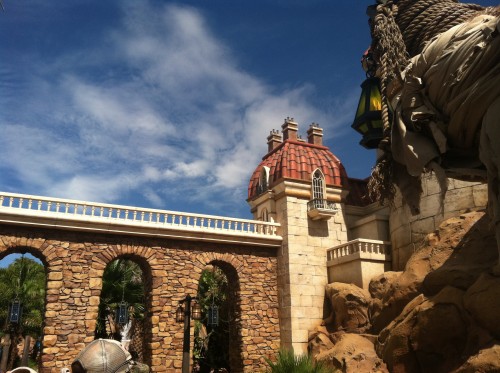 Sure, Disney World is great for kids, but it’s also a lot of fun for grown ups—there’s a reason it’s one of the most popular honeymoon locations in the world.  Since our kids are young, we can’t always enjoy some of the more grown up restaurants or even some of the attractions, so my husband and I usually plan a night out without the kids.  I find that not only does it give us a nice night out together, it also gives the kids some low-key fun and a break from the parks, something even the most ardent little Disney fan sometimes needs.  Sounds great, you say, but who’s going to watch the kids? Well, that’s the easy part.

Sitter Options.  Unless you’re traveling with extended family or friends who offer to watch the little ones while you go out, you’re probably going to need a sitter. Fortunately, you have two very convenient, safe options.

In-room babysitting is a option is great for larger families or families with kids who are either too young or too old for the childcare centers. This is also a great option if you’re going to be out later than the Kids Clubs are open. There are several services around Orlando which will send a sitter to your room; they’re all thoroughly screened and are familiar with the resorts.  Your sitter will feed the kids, take them to your resort play areas (but not the pool), entertain them, and put them to bed.  Coming home from a relaxing evening to sleeping children is a nice way to end your night.

If date night is a shorter affair, try Disney’s kids clubs.  The last time I told my oldest son that we were going to Disney World, his second question (right after asking where we were staying) was if he could go to the Neverland Club, the childcare center in the Polynesian Resort.  Disney’s childcare centers, which are located at several deluxe resorts, have everything a kid could want:  Age appropriate games, entertainment, and friendly cast members. You don’t need to be a guest of that resort or even a guest of any Disney resort to use this service, which is usually open from around 4:00 p.m. to midnight.   The cost is $11.50 per hour and includes a kid-friendly dinner of his choice.  Again, this choice is generally better if you have only one or two children and only plan on leaving them for just a few hours. 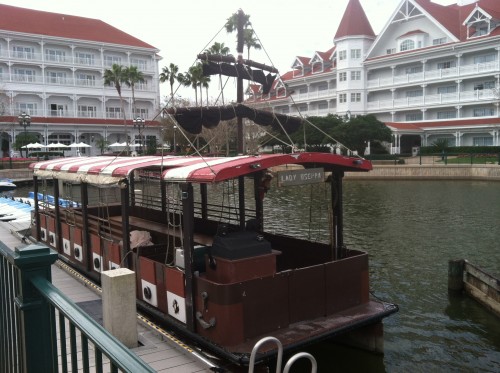 Sitter Alternatives: Not every child is ready to be left with a sitter, nor is every parent comfortable with the idea. For those  parents, try a short pirate cruise from the Grand Floridian or even a princess tea from that same resort. These activities last two hours and cost between $39 and $75. Parents can enjoy a massage in the beautiful Senses Spa or even just have breakfast nearby while the kids explore Seven Seas Lagoon looking for pirate treasure.

Once you’ve got the sitter situation taken care of, what do you do next? Disney World has more options than you probably have back home, so definitely try something special.

Great Grown-Up Restaurants:  All Disney restaurants (with the exception of Victoria and Albert’s, the super-fancy restaurant located in The Grand Floridian) are kid-friendly, but the honest truth is that some are more kid-friendly than others. I wouldn’t hesitate to take young children to The California Grill; it’s sometimes loud, busy, and always fun.  But restaurants like Yachtsman’s Steakhouse, Monsieur Paul, and Citricos, all of which have an understated décor and quiet atmosphere, just seem a bit grown-up to me.   I’ve seen children in these restaurants a lot and they have children’s menus, but I think most kids prefer eating elsewhere.  That doesn’t mean you have to miss them, though.  They’re perfect for a grown-up evening out. 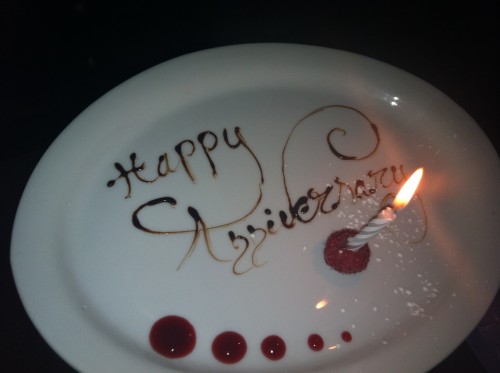 The Parks.  My husband and I usually like to start the night off at one of the more grown-up restaurants and then head to the parks.  Our kids are “ride chickens” and it’s taken them a long time to warm up to many rides, with still more left to be explored. Who knows when they’ll decide to give Space Mountain a try?  Frankly, there’s just no way a trip is complete without a trip to the Haunted Mansion, so we needed to find a solution to this very “serious” problem.  Enter Date Night in the Parks.  We try to pick a night where we know the Magic Kingdom, our favorite park, will be open late and we don’t dress up too much for dinner so we can run around the parks later on. We’ve also done the Food and Wine Festival and the Christmas party at the Magic Kingdom. In both cases, the kids were too little to attend and really get that much enjoyment out of it, so it worked out fine for everyone.

Entertainment:  There’s so much to do, there’s no way you can do it in one trip . . . or ten, really.   Plan a late night in the one of the parks, drink, or eat, around the World Showcase in Epcot (and have a Disney bus take you back to your resort!), or spend some time wandering the shops in Downtown Disney, where you can eat at restaurants like Wolfgang Puck’s or House of Blues and see the world famous Cirque du Soliel. You can even—gasp– venture off site.  See a concert or a show , get tickets to an NBA game, or check out one of Orlando’s eclectic little neighborhoods like Little Saigon and experience a part of Central Florida that visitors rarely see.

While we tend to make this a big night out, not every date night needs to be expensive. I love to resort hop, which is visiting various resorts and checking out the themes and shops. You can get an inexpensive counter service meal at any of them; after a fun but busy day in the parks, a quiet meal can seem downright decadent, no matter where you are.  The Polynesian has an excellent counter service sushi bar called Kona Island Sushi where you can get a very reasonable meal. Grab a cocktail and head on down to the beach, where you can enjoy fireworks from the Magic Kingdom any night of the week for free.  Or check out the entertainment on the Boardwalk at night and then take one of the boats over to Epcot or Hollywood Studios.

Date night on our vacations is a ritual for us. It’s a unique kind of experience that energizes us for the rest of the trip. You don’t need to go all out, but take some time to give yourself and the kids a break, so that you’re ready to take on the parks the next morning. What are your favorite date night activities while at Walt Disney World?