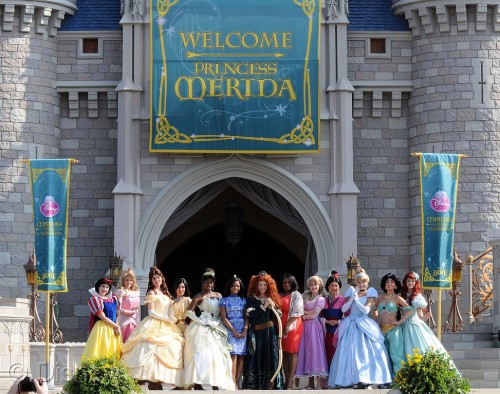 Over the weekend Merida became the 11th princess of Disney’s Royal Court and the first princess to come from a film not originating from the Walt Disney Animation Studios. Brave, of course, was a Pixar film and Merida was not just any Disney princess, but one that fought for her own independence, created special ties with her mother and family, and still managed to save the kingdom. Not too shabby, and deserving of the coronation ceremony at the Magic Kingdom.

Included in the coronation were special guests Gymnastics gold medalist Gabby Douglas and her mother Natalie Hawkins and Rosie McClelland and Sophia Grace Brownlee, TV personalities from “The Ellen DeGeneres Show.” Also in attendance was a special group, the Disney Social Media Moms who were holding their yearly conference over the weekend.

Merida was welcomed on stage by the entire Disney Princess court, and was crowned by her mother Queen Elinor in a touching moment of love and respect that highlighted the unbreakable bond between mother and daughter. Disney did an awesome job casting both Merida and her mother for the ceremony.

There has been some controversy about Disney’s attempt to commercialize Merida. If you were expecting Disney to do anything else, you haven’t been paying attention the last 80 years. The ceremony was very tasteful, and Merida even wielded her bow and arrow for part of it.

Can you name all 11 of Disney’s Princesses? 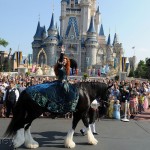 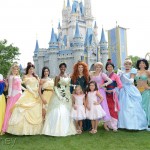 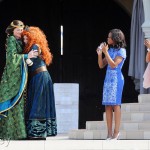 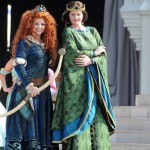 previousCircle D – Weekly Disney RoundUp
nextOnce Upon a Time 2-22: And Straight on ‘Til Morning