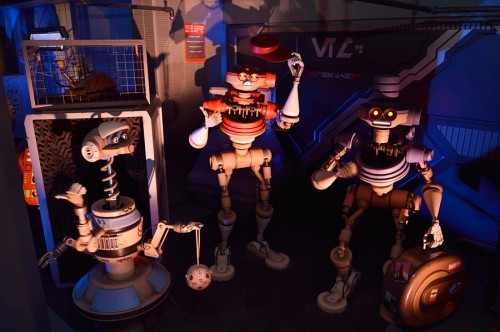 Tokyo Disneyland is the third Disney theme park to get the Star Tours 2.0 upgrade (Disney’s Hollywood Studios and Disneyland are the other two). The actual ride mechanics is the same, with over 50 possible ride combinations, but the setting and queue is very different. This gave Imagineers a chance to do what they do best, play. For instance, do you recognize the robot tribute to the Hitchhiking Ghosts?

Also inspired to add his two cents was George Lucas. We have his video and more below the jump:

Tokyo Disneyland is celebrating its 30th anniversary this year. Hard to believe, but its true. What were your Disney dreams 30 years ago?