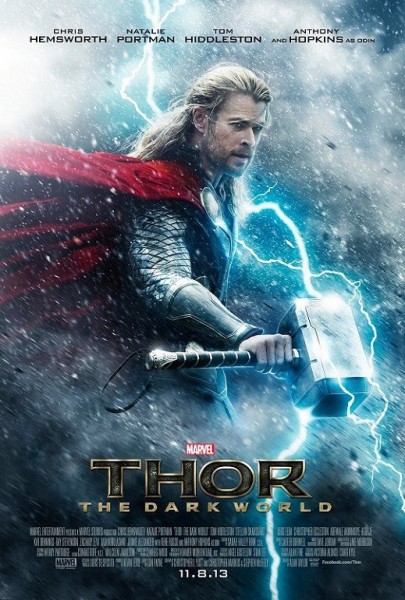 Check out this first trailer for Thor: The Dark World, aka Thor 2. There’s a lot riding on this film for Disney and Marvel. We’ve seen that Iron Man and the Avengers can draw wild box office numbers, while the first Thor was just successful. If this film can carry the momentum Marvel has built up over the last year or so, then I think it has a pretty good chance.

The trailer rocks anyway. Let us know what you think in the comments.

Synposis below the jump:

Marvel’s “Thor: The Dark World” continues the big-screen adventures of Thor, the Mighty Avenger, as he battles to save Earth and all the Nine Realms from a shadowy enemy that predates the universe itself. In the aftermath of Marvel’s “Thor” and “Marvel’s The Avengers,” Thor fights to restore order across the cosmos…but an ancient race led by the vengeful Malekith returns to plunge the universe back into darkness. Faced with an enemy that even Odin and Asgard cannot withstand, Thor must embark on his most perilous and personal journey yet, one that will reunite him with Jane Foster and force him to sacrifice everything to save us all.

“Thor: The Dark World” is presented by Marvel Studios. The executive producers are Louis D’Esposito, Alan Fine, Stan Lee, Victoria Alonso, Craig Kyle and Nigel Gostelow. The film releases November 8, 2013 in the US an a bit earlier overseas.