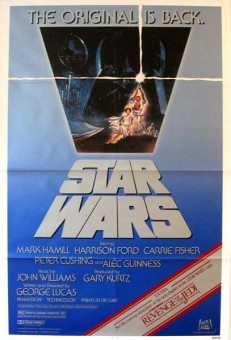 JJ Abrams’ ink on the directors contract is not even dry and already there is speculation about just how big the box office for Star Wars Episode 7 will be. It’s probably fair to assume that Disney will put its considerable force behind the production and promotion of Episode 7 so as to justify the $4 billion acquisition of Lucasfilm (although residual toy, dvd, and merchandise sales have already gone a long way toward justification). Barring an incident so awful it would generate millions of souls crying out and renouncing their love of the Star Wars films, there’s likely to be big riches ahead for Disney and the Star Wars franchise. (Aside: that’s one of the reasons Disney is rumored to be moving with all force toward adding a Star Wars land at three of its theme parks.)

Although the Abrams helmed Star Trek revival box office was decent, it did not come close to matching the draw of James Cameron’s Avatar (another pot Disney has its fingers into). This makes you wonder if Disney picked the right director. Of course, it would be long wait until an open spot appears on Cameron’s calendar. So what was Disney to do.

I thought that Abrams would make a great choice of director for Star Wars even before the Lucasfilm sale. He’s shown both Spielberg’s touch for the mythic and Lucas’ gift for adventure. Abrams might have a bit too much action in his veins, but that is what modern audiences want these day. He will bring us real characters with real motivation, which is more than can be said for Episodes 2 and 3. He’ll certainly have all the tools he needs at his disposal. I was impressed with some of the answers he provided in his recent Empire Magazine interview too (it hits newstands today).

Speculation on Fool.com is that Episode 7 will pass $2 billion in world wide box office. If you had to pick a number today, what would you guess the finally tally will be?