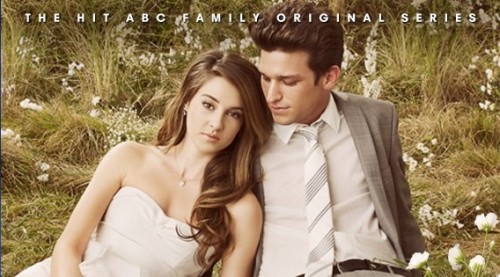 The countdown has started and it is less than a month away until the return of The Secret Life of the American Teenager.  For many this return is bitter sweet because it will be the last season for the show. Yet others feel like it has gone far beyond it’s expiration date.

The Secret Life of the American Teenager quickly became one of ABC Family’s highest rated series. Touching on hot button topics our youth has dealt with in one form or another.  Still many feel ABC Family was really pushing the boundaries. Yes, teen pregnancy and divorce (to name a few of the highlighted issues in the series) have become part of our culture, but did we really need another show centering and perhaps even glorifying them? Especially on a “family friendly” network.  Either way enjoy these last few episodes because it is truly the end.

In the mean time, if you need to catch up head on over to ABC Family: Secret Life Episodes. You can also find previous seasons on iTunes.

How do you feel about The Secret Life of The American Teenager? Are you glad it’s almost over?