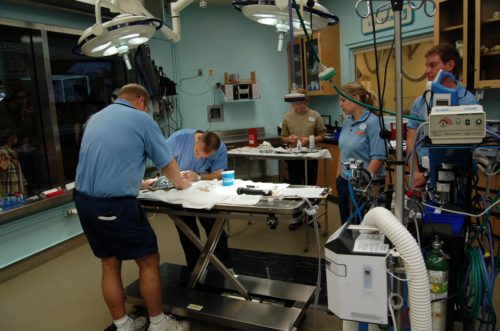 If you were waltzing through Rafiki’s Planet watch over the winter holidays, you may have seen on of Disney’s animal rescue programs in action. Disney’s animal program helped to care for eight Kemp’s Ridley sea turtles that were suffering from hypothermia after a recent cold snap in New England.

Sea turtles are vulnerable to cold weather and frigid waters that lower their body temperatures and slow their metabolism, which could lead to life-threatening comas.

“The team at Disney’s Animal Kingdom and The Seas with Nemo & Friends celebrate and conserve turtles and tortoises every day,” said Jackie Ogden, Ph.D., vice president, of Animals, Science and Environment for Disney Parks. ”Over the years, our animal care team has nursed more than 300 endangered sea turtles back to health and released them back to the wild.”

Currently, Disney’s animal care experts are focused on increasing the turtles’ body weight and strength for open water swimming in the ocean. According to the care team, the sea turtles are eating well and recovering nicely. The ultimate goal is to release them into the wild, under direction of the Florida Fish and Wildlife Conservation Commission.