House of the Future Video 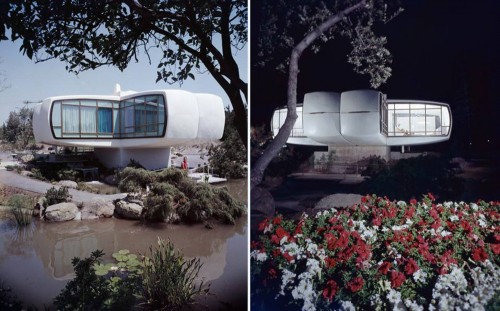 There was a time when Disneyland’s Tomorrowland positively reeked of futurism. Mass transportation, space exploration, and the benefits of scientific research were all put on a pedestal for the American public. One of the most famous examples of this was a partnership with Monsanto, MIT, and Imagineering to build a home made of plastics.

The home sat at the entrance to Tomorrowland, where the Pixie Hollow meet & greet is now, from 1957 to 1967. Touring inside the “House of the Future”, you would find a variety of innovations each with the promise of making living easier and more comfortable. From plastic furnishings to a microwave oven or electric dishwasher guests were wowed with what the future would bring. At least for a few years before these things actually did start to make it into the common household.

This film features the home of the future as part of Monsanto’s efforts to promote the use of plastics in everything. It’s a great look inside the structure for those who never had a chance to see it first hand:

Part two is below the jump:

What do you think? Has Disneyland’s Tomorrowland lost its way? Could it ever return to a vision of the future that excites and informs us?