Own a Replica of Disneyland’s Haunted Mansion

Update: We now have the eBay listing

for the Haunted Mansion home in Georgia. 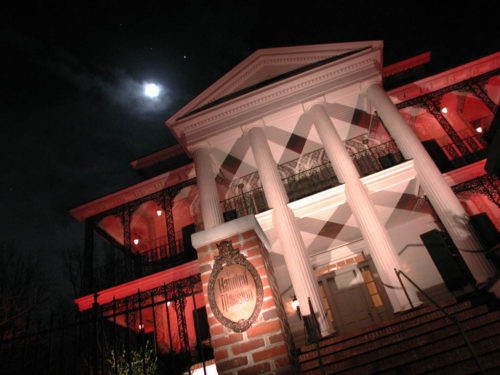 Upset that you aren’t the family that purchased the Pixar Up house in Utah? How about a chance to own a replica of Disneyland’s Haunted Mansion in Georgia? Theme Park Connection, a Disneyana reseller known for buying and selling some of the rarest Disney items in the world, brings you this over-10,000 Square Foot house modeled after the Disneyland Haunted Mansion.

“This definitely is the most unique Disney item we have ever offered for sale,” said Theme Park Connection’s owner Marc Pianko. “This one is beyond anyone’s wildest dream. Can you imagine the Halloween Parties you could have here?”

Owner and designer of the home, Mark Hurt, a Disney contractor, partnered with Theme Park Connection to sell the property after becoming a customer of the company. Hurt built the 4-story, over 10,000 square foot, 7 Bedroom, 6 Bath home in 1996 and added elements to replicate the attraction at Disneyland. Per the attraction spiel “there is always room for one more,” but in this case it’s one more family, not ghosts. Hurt has assured us, though, that the house is not actually haunted as he had lived there with his wife and son for many years. 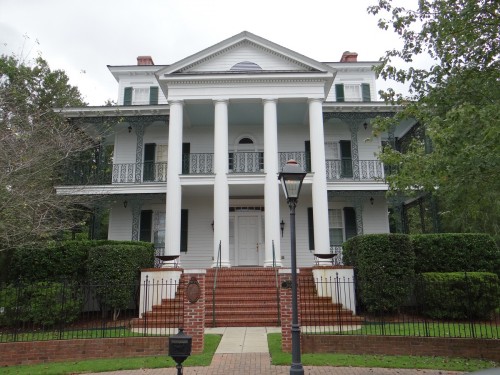 Mark, who owns the company Constructioneer, is no stranger to Disney projects and has made sure the design matched the dimensions and architectural structure of the real Disneyland Haunted mansion as closely as possible. He even found the actual foundry that Walt Disney used to make the iron details of the original Haunted Mansion and had them make the iron details for this house. You will find an authentic attraction welcome gate plaque at the entrance, the iconic front four white pillars and on top of the roof, the 4 faux smoke stacks that match the Disneyland Haunted Mansion to a tee.

Flickering lights and outside elements add to the uniqueness of the replica of the attraction home’s exterior. Of course he had to add other elements to make the home livable like real bedrooms, bathrooms and a mailbox, but has included unique interior design elements. One in particular is an animated bathroom Hitchhiking Ghost scene. The inside unfortunately doesn’t have the Disneyland Haunted Mansion Doom Buggy ride, but is more reminiscent of a real mansion. 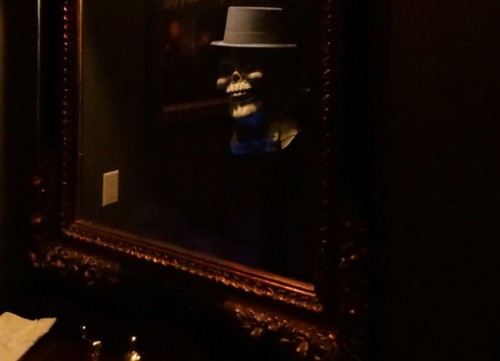 Hurt is selling the home because he has moved on to an even more ambitious project but hasn’t stopped designing and building unique Disney inspired buildings. Mark is working on his current project of a resort themed house modeled after Disney’s Grand Californian along with a replica of Walt Disney’s backyard barn and a pool that will be themed to the Jungle Cruise. Hurt says that “Walt Disney was the mentor that I had but never met.”

The current asking price is a mere $873,000. More information can be found on Theme Park Connection’s website. Only real estate agents, media and pre-qualified people will be able to view the home so unfortunately there will be no public tours offered.

1 thought on “Own a Replica of Disneyland’s Haunted Mansion”