Are you a fan of Disney’s mobile game Where’s My Water?, then it’s a good bet you will enjoy the new Frankenweenie themed version of the game. It features Sparky, the beloved dog from the film, in a new comic-strip and “Frankenweenie”-themed locked level icons, collectibles and more. “10 Days of Frankenweenie” also features a brand-new soundtrack inspired by the film, featuring a child choir, all new music mixes for the levels and spooky sound effects.

From creative genius Tim Burton (“Alice in Wonderland,” The Nightmare Before Christmas”) comes “Frankenweenie,” a heartwarming tale about a boy and his dog. After unexpectedly losing his beloved dog Sparky, young Victor harnesses the power of science to bring his best friend back to life—with just a few minor adjustments. He tries to hide his home-sewn creation, but when Sparky gets out, Victor’s fellow students, teachers and the entire town all learn that getting a new “leash on life” can be monstrous. 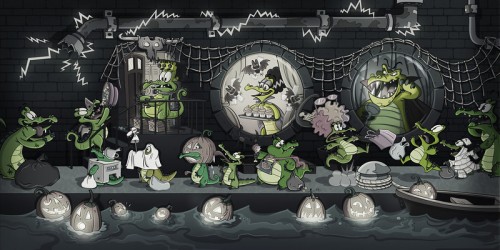 Here’s video with some of the gameplay

Download Where’s My Water? Free for the iPhone, iPod touch and iPad here, and for Android devices here.

What do you think? Are you a fan of Disney’s Where’s My Water? mobile app?