Inside The Little Mermaid Wing at Art of Animation Resort 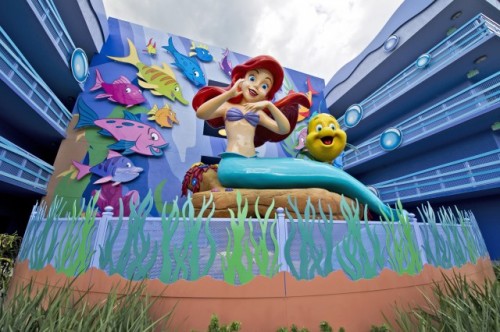 The last wing to open at Disney’s Art of Animation Resort is actually the first set of buildings built. Of course, it was still called “Pop Century – Legendary Years” at the time. Later these buildings became known as Disney’s Ghost hotel. Now we’re just a few days away from the first guests checking in.

Themed to one of the most loved animated films of all time The Little Mermaid section will feature 864 standard hotel rooms that can sleep up to four guests. With a sea-inspired color palette and an aquatic motif, guests become part of her world as they plunge “under the sea” into Ariel’s secret grotto. Playful film-inspired décor and characters from the undersea kingdom including Ursula, King Triton and Sebastian come to life both inside guestrooms and in the courtyard. Guests can also lounge poolside at the Flippin’ Fins pool, one of three pools at Disney’s Art of Animation Resort.

The Little Mermaid cluster of hotel rooms are the only set at AoA to have the exterior hallways and don’t have family suites unlike Finding Nemo, The Lion King, and Cars. 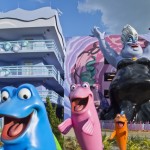 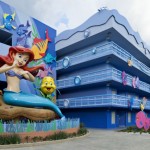 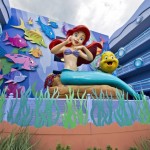 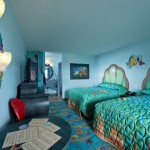 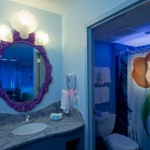