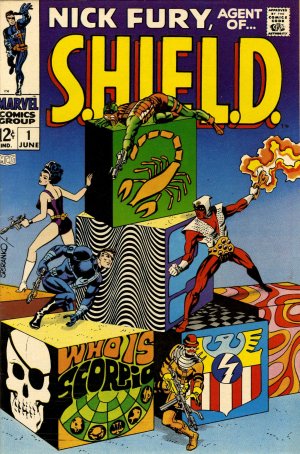 It was announced last month that Joss Whedon would be doing film and tv development for the mouse house for at least three years. It was mentioned that one of those projects would be a TV series based on characters from The Avengers. According to Deadline Hollywood, that show will be called S.H.I.E.L.D.

S.H.I.E.L.D. is the organization that recruits each of the Avengers in the movie (and comic book series) and is led by director Nick Fury (Samuel L. Jackson in the movie). The history of S.H.I.E.L.D. is a long one in the Marvel universe and there are literally thousands of stories to tell just from the existing canon.

Whedon is bringing his brain trust of writers to the first ever live-action Marvel TV project. They are more than capable of diving in and finding the stories that will be most interesting to audiences. In fact, the script for the pilot is already going into production. It will be airing on ABC if picked up.

It’s nice to see Whedon back in the TV game. His shows like Firefly, Buffy the Vampire Slayer, and Dollhouse have always been hallmarks of great plot, intriguing characters, and fun dialogue. I expect nothing less for S.H.I.E.L.D. How about you?