A couple of terrific vintage ads for Disneyland surfaced on the internet this week courtesy a Vintage Ads group blog. The first one is an ‘advertorial’ for Disneyland’s Space Mountain 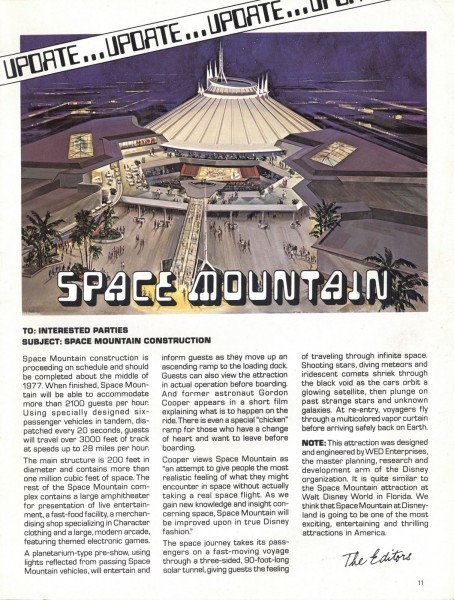 And below the cut an ad for Goodyear, who was a sponsor at Disneyland, showing off how they create molds that Disneyland uses to create some of its attractions; in this case, the Casey Jr. Circus Train and it contains a big secret from the park.

The fabulous Casey Jr train ‘sleigh’ cars were actually delivered to Disneyland as part of their purchase of the Carousel that would become King Arthur Carousel. Walt wanted his carousel to be all horses, so the bench cars were saved to be used elsewhere in Fantasyland. This ad reveals a little secret, the original cars were just used to produce the mold. 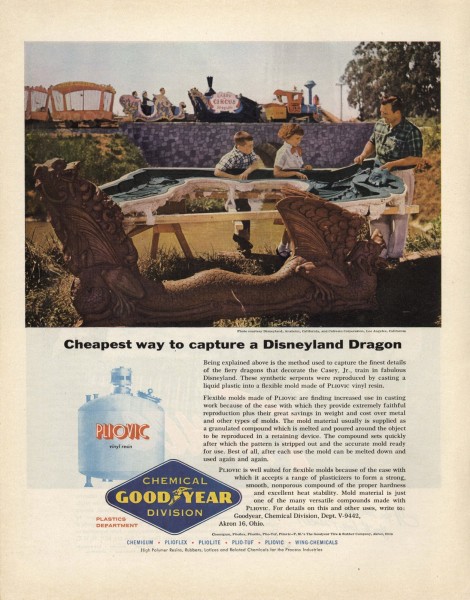