“Let It Shine” is…umm…not that good… 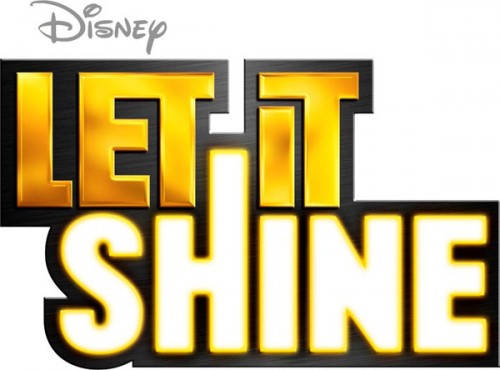 As many of you know, I have become the unofficial Official Disney Channel reporter for the disney blog, so I have watched A LOT of DCOMs in my day. Radio Rebel was great, loved Geek Charming, Good Luck Charlie, It’s Christmas was fantastic, but Let It Shine…woof. I only enjoyed about 30 minutes of the film. In those 30 minutes, there was some great highlights, but everything else seemed boring and over done. While watching, I decided that this movie was what would happen if Joyful Noise (the recent Queen Latifah and Dolly Parton film) and Hatching Pete (a former DCOM starring Mitchell Musso) had a child. It just oozed non-originality.

Let me give a brief synopsis of the film. Cyrus, main character, enters a contest to create a new hip-hop/rap song. He wins, but the picture he submitted included him and his friend…and they introduced his friend as the winner. Cyrus helps his friend the entire film to make people believe that the real “Truth” isn’t himself. All while this is happening, chemistry is forming between Roxy, former classmate turned musical phenomenon, and Cyrus, when it should be forming between Roxy and Cyrus’s friend. And all while THIS is going on, Cyrus’s father, a Reverend, hates his son’s taste in rap music since it is “The Devil’s Music”. So, as far as I can tell, 3 different plot points that have been featured in DCOMs before. I realize that is supposed to be a modern/hip-hop retelling of the Cyrano de Bergerac story, but when you have done a similar story multiple times before, I wouldn’t have made the film.

As far as what I enjoyed, everything Roxy was in was wonderful. She is played by Coco Jones, and I believe Disney Channel has a new star on its hands. I would be getting her a sitcom IMMEDIATELY if I was the head of Disney Channel. She was likable and a great singer (check out “What I Said” from the soundtrack, great song!). Cyrus was good as well, played by Tyler James Williams, of Everybody Hates Chris. He sings/raps very well and is also a great acting choice. I enjoyed seeing Nicole Sullivan in the film (of MadTV), who I love. She was very funny, so she helped my boredom not overload. She however, did not say the funniest line of the film, that honor goes to Cyrus and his father. Cyrus: “Hey dad, I’m just reading the Old Testament…it’s dope” Cyrus’s Dad: “Don’t ever say Old Testament and Dope in the same sentence again”.

It’s hard for me to do a long article on this because…it wasn’t that great. I give the movie a D+. If I was you, I would get a copy of the soundtrack (which I give an A-) and wait till they show a rerun on Disney Channel instead of buying the DVD. On a side note, I also watched an episode of Gravity Falls the other day…man, is that show weird. I couldn’t get into it. I will happily stick to my Perry the Platypus, thank you very much!

Did you watch Let It Shine? What did you think of it? Would have rather have seen them reair Zenon: Z3 instead (I know I would have…my favorite DCOM!)? Let me know in the comments below! Be on the lookout for an upcoming “Ode to One Saturday Morning” article. Until next time…Have a Magical Day!