Pixar Sequels and Why Fans Need to Calm Down 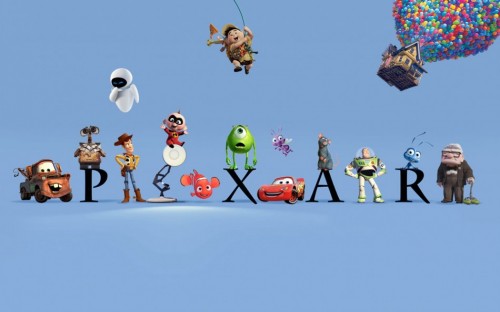 Recently some rumors (though some sources are calling it fact, but you can never tell with Pixar) came out stating that Finding Nemo 2 was being made under Andrew Stanton’s direction and that Toy Story 4 was in the works as well. After these two stories broke, Twitter was a buzz. The non-Pixar/Disney die-hard fans were super excited to see their childhood come back to the big screen, starting with Monsters University next year. Everyone else…not so happy. Multiple fans came out and bashed Pixar saying how they are falling into a gutter of un-original ideas and creating sequels that aren’t needed. I even saw a straight forward tweet stating “PIXAR!!! STOP MAKING SEQUELS!!!”

Now, I am a Pixar fan. I see the movies opening weekend after months of anticipation, I thoroughly enjoy their attractions in the theme parks, I buy their merchandise (most recently, the awesomely awesome La Luna plush and signed picture book combo) and enjoy most everything they do. But, unlike others, I am not afraid to be insult one of their films, Cars 2 for example. It was a giant step in the wrong direction for that franchise. Luckily, Carsland filled the Sally-shaped hole in my heart…but that is beside the point. I LOVED Brave…I saw it 4 times. I realize it wasn’t their best, but something about it I loved. But that fact that people are saying “Pixar needs to stop making sequels” is, in my eyes, an odd comment.

A lot of people are against sequels not just for Pixar, but for all studios, because it comes off as they just want money and they can’t come up with original ideas. Disney fans seem to hate sequels even more because Walt Disney was quoted in the past with “You can’t top pigs with pigs”, a response to the question of if The Three Little Pigs would receive a sequel. What people need to realize though, Walt created MANY sequels. No, they weren’t for animated films, but they were sequels none the less. Son of Flubber and Davy Crockett and the River Pirates are just a couple of the sequels that he created. Again, though money was a part of it, he still ok’ed these to be created…and if you get Walt’s approval, you have to assume that he believed it was a good move.

Toy Story 2 came out in 1999 to rave reviews. For more than a decade, no other sequel came out. 2010 saw the return of the Pixar sequel with  Toy Story 3, which garnered the largest animated worldwide gross ever and the Best Animated Feature Oscar. Cars 2 came a year later to a resounding thud. Not the best box office, but still good, terrible reviews and no Oscar nominations, a first for Pixar. In 2013, Monsters Inc’s prequel, Monsters University is released. The fact that people are saying that Pixar sequels are a bad idea does not make sense to me. Of the 3 sequels released, 2 of them we amazing, and in some eyes…better than the original. The last one, yes was bad, but they have a 2 out of 3 record. Now, if Monsters University had been released already and that was a bad movie, I can understand the criticism…but NO ONE HAS SEEN IT! Now, Brave was not up to Pixar standards (for some) as well, and has received some flack. But if you are saying that Pixar shouldn’t make sequels based on Cars 2 being a disappointment, then you should be making the case that Pixar shouldn’t be making movies at all since the past two were disappointing.

Another factor is that people just believe they are making it for the money…umm…duh. That is what ALL movie studios do. If a film is successful, they will make a sequel. That was a key reason Cars 2 was created and the biggest reason why Toy Story 2 was created. Disney was even planning a sequel to Toy Story if Pixar wouldn’t do one. People also believe that Finding Nemo ended in such a way where a sequel wasn’t needed, Nemo was found, so what can they do for a sequel. The same can be said for 3/4ths of movies made with sequels, including all 3 Toy Story films… and again, those turned out to be incredible.

Pixar’s upcoming slate includes Monsters University next year, The Good Dinosaur in 2014, then a film taking you inside the human mind, a film about Dia De Los Muertos, and finally, according to reports, Finding Nemo 2. So, not only do people need to stop saying that Pixar needs to stop doing sequels, but they need to calm down about “They never doing anything new.” Brave was new and three brand new concepts are coming soon.

I realize I am ranting and coming off as an annoying Pixar/Disney fanboy, but I just hate when people say things and don’t think about how they were proved wrong multiple times beforehand. My favorite part though? All the people that make these statements will go see the movie anyway, so it just doesn’t make sense to me.

Would you go see Toy Story 4 or Finding Nemo 2? Do you feel strongly against Pixar sequels or any other decisions that Pixar has made recently? How much of an idiot did I come off as in this post? Let me know in the comments below. Until next time…Have a Magical Day.