At Disneyland Paris (DLP), many attractions are similar to those at Disney’s U.S. parks, but with a “French twist.” Look at the DLP photos below and guess what the equivalent attraction is at Disneyland in California. Answers are at the bottom of this post (no peeking!).

Photo 1:
Hint: This intergalactic attraction is located in “Discoveryland” at Disneyland Paris (Bonus: Can you name the equivalent land at Disneyland California?) 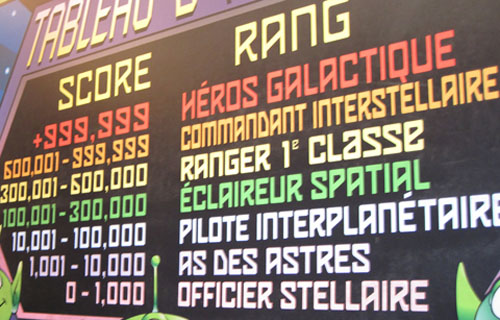 Photo 2:
Hint: Kids of all ages go round and round on beautiful bejeweled horses on this Fantasyland ride 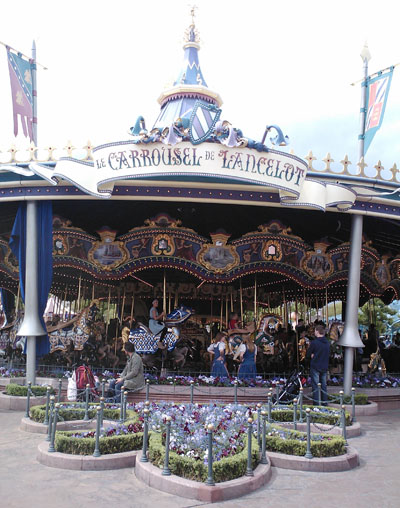 Photo 3:
Hint: If you’re “jonesing” for a loop-de-loop and corkscrew rollercoaster, this is an adventure for you! 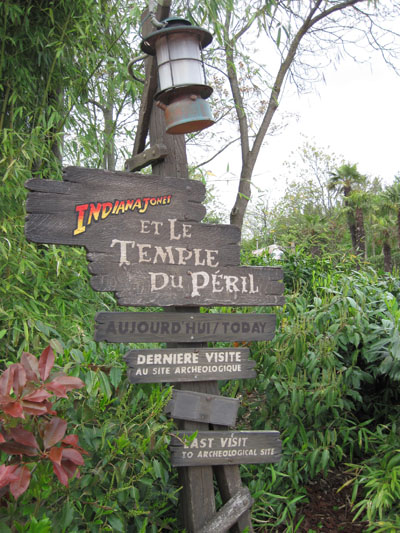 Photo 4:
Hint: in California, Disneyland has re-released this ride with a 3-D makeover, which makes the “classic” version of this ride at Disneyland Paris a fun “blast from the past”! 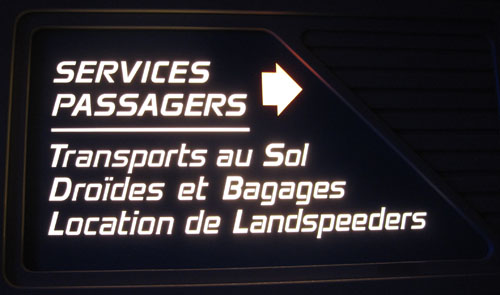 Photo 5:
Hint: If Billy Hill played this Disneyland Paris venue his band would be called “The Montagnards” 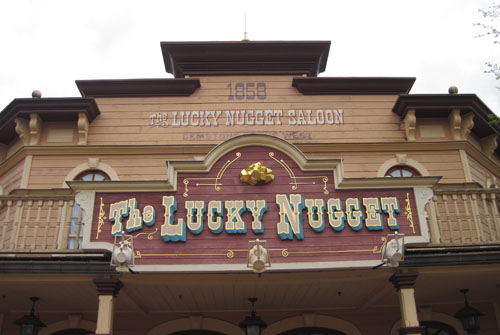 Photo 6:
Hint: Beware! The crypt doors creak and the tombstones quake at this Disneyland Paris attraction. Photo 7:
Hint: Disneyland Paris offers this “petit” riverboat experience, as well as a chance to sail on her big brother, which is a twin of Disneyland’s attraction on the Rivers of America. What’s the twin attraction? 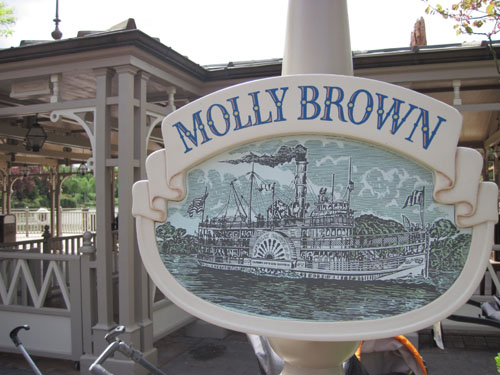 Photo 8:
Hint: This treetop cabana at Disneyland Paris is based on a classic Disney feature film released in 1960. Disneyland’s version had a makeover in 1999 resulting in a whole new theme. Can you name both Disneyland attractions?

Photo 9:
Hint: You can eat at this restaurant for about $33 a person, but you might just have to fly to Paris for this dining experience honoring Walt Disney… 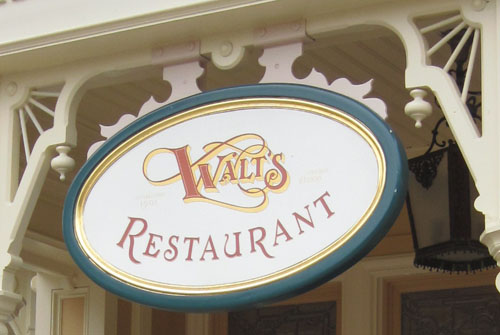 Correct Answers: The equivalent attractions at Disneyland, California are:
(award yourself one point for each correct answer)
1) Buzz Lightyear Astro Blasters in Tomorrowland (Award yourself two points if you knew both answers)
2. King Arthur Carrousel
3. Indiana Jones Adventure
4. Star Tours – The Adventures Continue
5. The Golden Horseshoe
6. Haunted Mansion
7. Mark Twain Riverboat
8. Today, this attraction is Tarzan’s Treehouse at Disneyland. It was originally the Swiss Family Robinson Treehouse. (Award yourself two points if you knew both answers)
9. That was a trick question! There isn’t an equivalent restaurant to DLP’s Walt’s at Disneyland California. Walt’s is a fine-dining restaurant that is open to the public and is located on the second level of DLP’s Main Street USA buildings, offering high-end food and parade viewing from your table. (I’ll be taking you inside Walt’s in my next Disneyland Paris post, stay tuned Disney Blog readers!)

So Mouseketeers, how many questions did you answer correctly?

Post a response when you’re done to let us know how you scored!
1 to 3: Gawrsh! You’re due for a visit to Disneyland to brush up on your park knowledge. Have fun!
4 to 7: Oh Boy! Mickey would be proud of your Disney Parks smarts, well done!
8 to 11: Mousetastic! You’ve got undeniable Disney Parks expertise, way to go!