Disappointing Blu-ray Treatment for ‘Father of the Bride’ 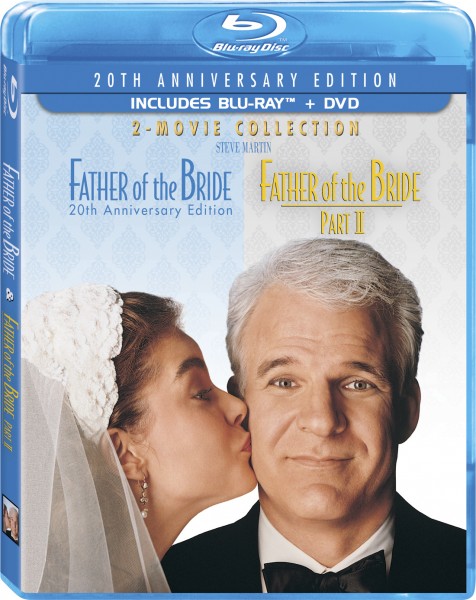 These movies are singularly responsible for making me a fan of Steve Martin.

Mostly it’s because I can relate to the impatience, overreactions, and aversion to change of his character, George Banks. (I am not, however, a cheap man.) Or else, I’m just a really sentimental guy, in which case I hope no one is reading this.

But this post isn’t about the movies themselves—the first turned twenty this past December—but about their release on Blu-ray Disc, which I’ve been waiting for since the day I brought my Blu-ray player home from the Sony store.

And that is a totally different story.

Although, like any title, both parts benefit from the 1080p presentation, I found the picture on my review copy to be unpleasantly grainy throughout, and not up to what I’ve come to expect from Disney Blu-ray releases. (The double feature is being released through the Touchstone Home Entertainment label.)

I’m no expert—perhaps some of issues lie with the original film source—but it’s easy to suspect that the use of a raw digital transfer, dating from a previous DVD release, is to blame. Bonus features are also basically non-existent for a “20th Anniversary Edition”.

Clearly, I was expecting a much better quality treatment. Disney should get to work restoring the films for an eventual re-release. Timed to the 25th anniversary, of course.