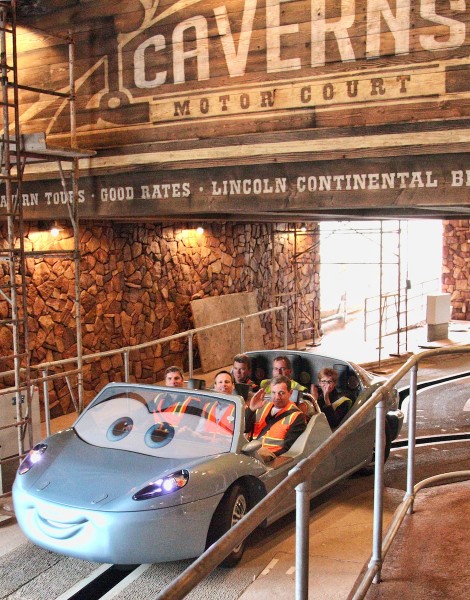 The signature e-ticket ride of Cars Land at Disney California Adventure is sure to be Radiator Springs Racers. The attraction will put the guest in the world of Pixar’s popular Cars film franchise as they race other guests in a thrilling, twisting, turning, high-speed adventure through Ornament Valley and the town of Radiator Springs. Above is a photo of Disney President and CEO Bob Iger (front right) with Walt Disney Parks and Resorts Chairman Tom Staggs (front center), and other Disney executives on Radiator Springs Racers. As you can see it’s a little reminiscent of EPCOT’s Test Track, but it’s also a lot more than that.

Disney also released a few more photos of various attraction marquees from around Cars Land. Guests will pass under a themed archway to enter Radiator Springs Racers in Cars Land at the Disneyland Resort. I love the creative way the tires become the wait time clocks. 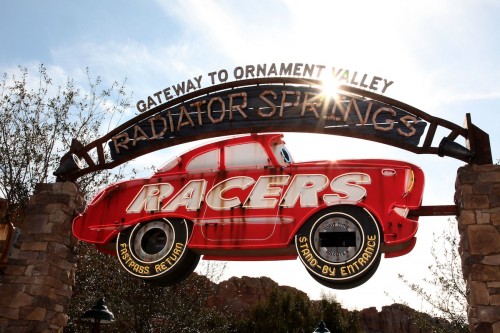 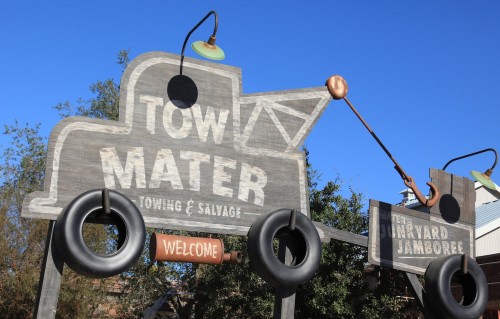 Finally, an exuberant hand-painted window sign will welcome Disney California Adventure park guests to Luigi’s Flying Tires in Cars Land at the Disneyland Resort. The new attraction is one of three opening at Cars Land on June 15th. Normally, I’d say you might get a sneak peek of Cars Land via soft opening, but it sounds like Cars Land will get most of its testing via private parties and that the walls won’t come down until the 15th itself. 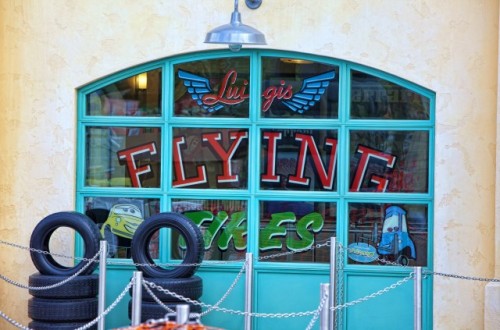 Are you looking forward to Cars Land? Let us know when you’re planning a visit.