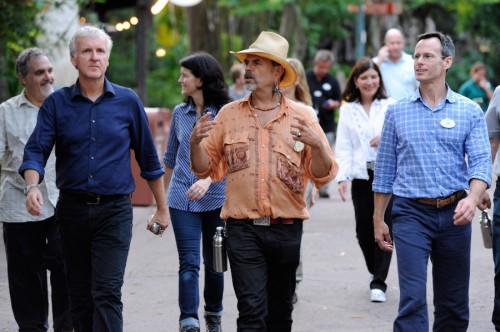 The Official Disney Park Blog interviewed Imagineer Joe Rohde on the occasion of his receiving the Buzz Price Thea Award recognizing a career of distinguished achievements. Those include: The Adventurers’ Club, leading the creation of Animal Kingdom, Expedition Everest, stepping in to help with Aulani, and more going back over 30 years at WDI.

He spoke on the early days of Disney’s Animal Kingdom project:

Also a few words on AVATAR:

I know there is a group of Imagineers who want to build AVATAR in Tomorrowland instead of DAK, but I still think it would be a good fit in DAK and we might get a Tomorrowland makeover anyway.

Have you ever met Joe Rohde? What was your encounter like?

previousAttention to Detail or Tribute To The Past?
nextNewsies The Musical Reviews