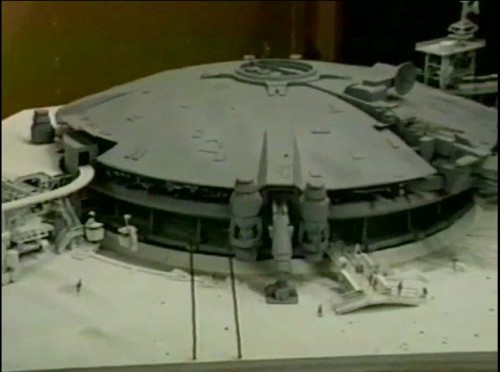 Of all the lands at Disneyland, Tomorrowland has always presented Imagineers the most trouble. Work began 6 months late, and it almost didn’t open with the rest of the park in 1955. What did open was mostly pre-fab buildings with corporate exhibits inside and a few walk-throughs (although I’m sad I missed the X-1 and 20,000 Leagues exhibits). The 1959 and 1967 revisions capitalized on America’s cold-war values and the economic engine of progress. But time, as they say, marches on and soon Disney found progress had passed them by making Tomorrowland out of date.

At Paris Disneyland they gave up on tomorrow all-together opting instead for a retro future Discoveryland theme. And, despite another valiant attempt at an update in 1998 (aka Montana Tomorrowland), the company hasn’t been able to escape the need to update Tomorrowland every few years just to keep up with the times. A faction of Walt Disney Imagineering has long lobbied to shift the theme of the difficult land from the future to the alien. That idea has seen some play, particularly in Walt Disney World where alien creatures (Stitch and Monster’s Inc) have set up shop. But a move by new Parks Chief Tom Staggs has given them new hope.

The DisneyGossip blog has a couple interesting rumors that might mean a seismic shift for the Magic Kingdom parks. First there is news that development for Avatar at Disney’s Animal Kingdom is on hold and the original plans for Australia might be back on. Then there is word that if New Fantasyland at the Magic Kingdom and Cars Land at DCA are successes, then there will be a greenlight to tackle Tomorrowland next.

I’m not sure what to make of either of those, but the logic does add up.