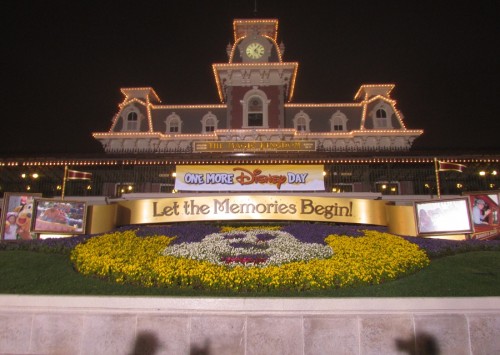 Yes, believe it or not, I’m at the Magic Kingdom for Leap Day 2012. The park is open for 24 hours (6am to 6am) for the One More Disney Day bi-coastal event. I don’t know if I’m going to make it all 24 hours, but you have to be here early, like I was this morning, in order to give it a try.

My main goal is to get as much of the Sorcerers of The Magic Kingdom finished as possible. I’m not the only one with that idea. The queue for Space Mountain was shorter than SotMK for a while this morning.

As I go through the day I’ll come back and add any commentary or breaking news to this thread. I’ll be in the park overnight (at least that’s the plan). If you’re in the park and you see me tweeting as @TheDisneyBlog, please come over and say howdy. 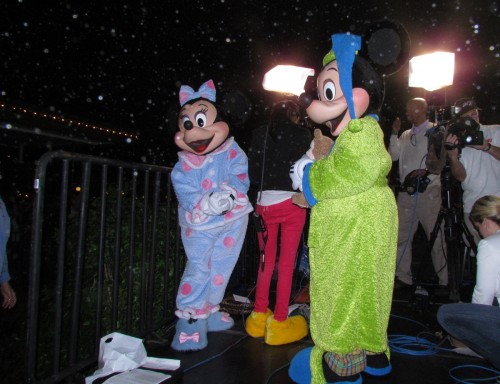 Mickey & Minnie look like they just woke up. Or are those Light Magic costumes? 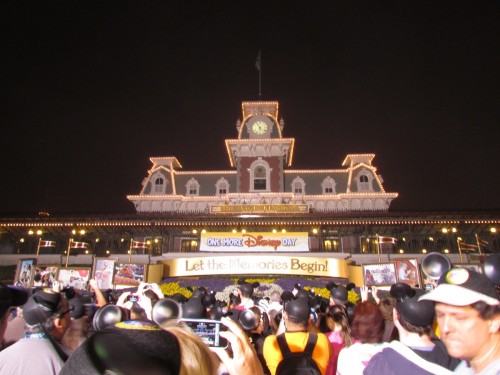 A sea of special event Mickey Mouse Ears as the opening show began.. 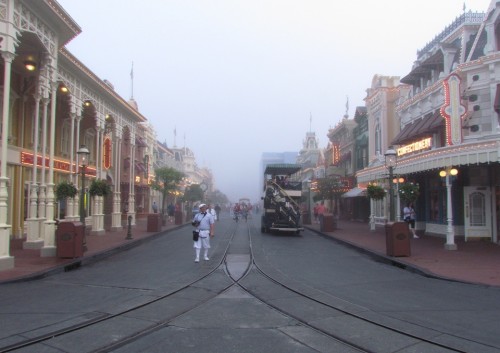 The fog, it ate Cinderella Castle. 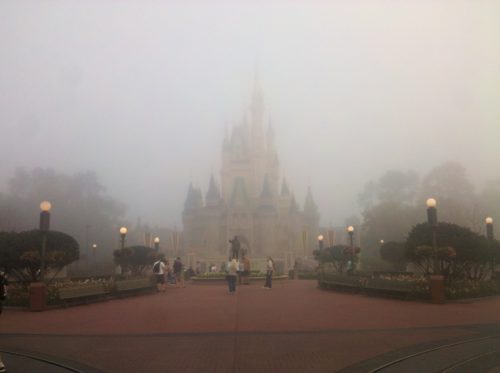 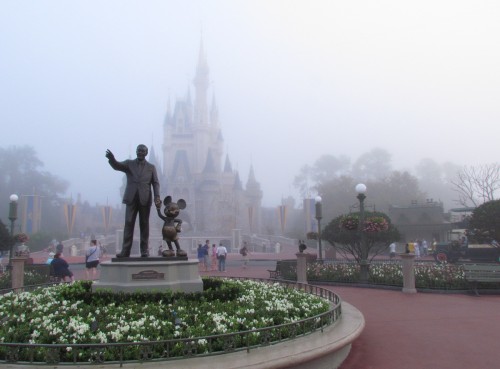 A little later, the morning mist makes for a pretty picture. 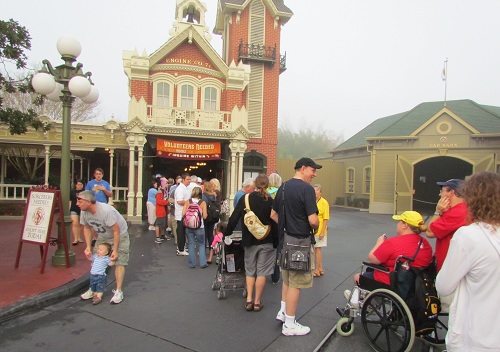 Lines at SotMK were longer than attraction lines in the early hours. 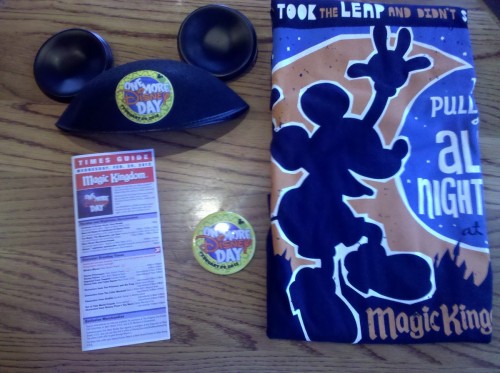 Some of the goodies I got in the morning. 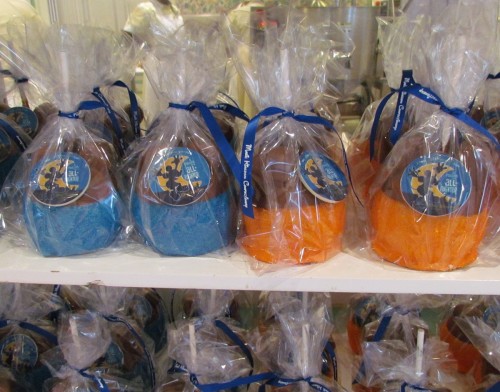 Candied apples made just for One More Disney Day. 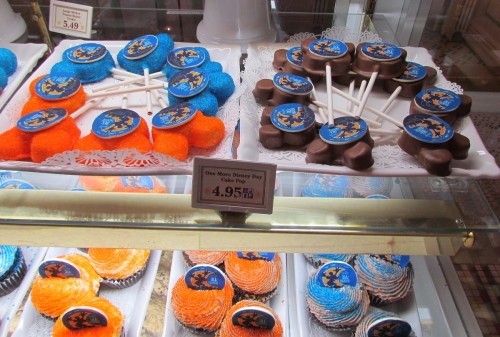 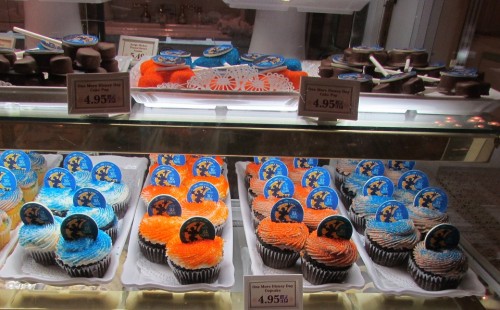