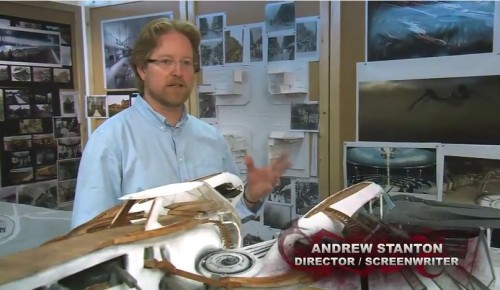 Disney has just released a new featurette with the goal to introduce the international markets to the movie John Carter. But I think there are plenty of great moments for everyone to see.

John Carter the newest movie from Academy Award-winning filmmaker Andrew Stanton is an action adventure story set on Barsoom, the exotic and mysterious planet we know as Mars. Based on the classic novel by Edgar Rice Burroughs, creator of Tarzan, John Carter is the story which inspired many of the most imaginative and well known Hollywood movies, past and present. Next year will mark the 100th anniversary of the John Carter character, first created in the Edgar Rice Burroughs novel.

I love how this featurette is used to call out how much of what we think of as science-fiction canon is based on the creation of the Princess of Mars series by Burroughs. The biggest worry is that audiences will get the cause and effect confused and be turned off by what seems to be a replica of Star Wars or Avatar. But more ‘education’ like this from Disney and Stanton should help a lot.

John Carter is released in theaters on March 9th 2012.