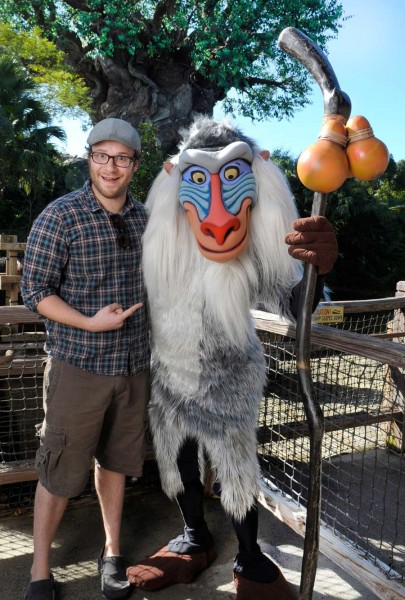 The stars have been making their way to Walt Disney World for Thanksgiving. Here actor, comedian, and animated film voice actor Seth Rogen poses with Disney’s character Rafiki, from “The Lion King,” on Nov. 26, 2011 at Disney’s Animal Kingdom. Rogen is about as opposite of a Disney star as you can get, but it’s nice to see him enjoying the parks anyway. (Photo courtesy Disney. Phelan Ebenhack, photographer)