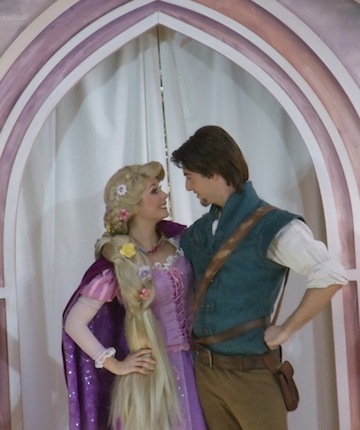 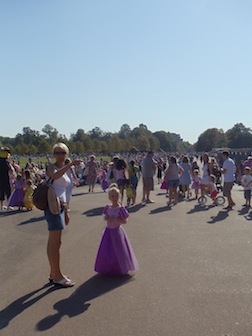 Each princess was paired with a "little princess" from around the world.

At this point, guests were invited into the palace to witness Rapunzel being crowned. The crowd was greeted by the Fairy Godmother who gave all the little princes and princesses in attendance a proper lesson on how to wave to a princess, and how to curtsey (or bow.)

Next, Shannon Saunders sang as each Disney princess entered the room. After Rapunzel entered, the crowd was delighted to see Flynn Rider coming from the back, who had previously been missing from the festivities. He came to the front and placed a crown on Rapunzel’s head, officially making her the 10th princess in the Disney Princess Court. (Full video of the ceremony below the jump.) 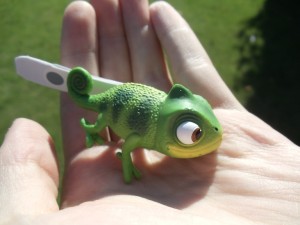 Outside of the celebration, there was a lot of fun activities for guests and their children to participate in. There was an area for decorating a lantern, which you could hang from the lantern tree. There was an area for storytelling, a display of Tangled merchandise, the chance to watch someone drawing the Disney princesses, and even a place where little princesses could get their hair done and their faces painted to look like Rapunzel. My favorite things were the finger food (it was delicious!) and the gardens. Disney had actually hidden little Pascal figurines in several colors throughout the gardens for children to collect.

Overall, it was a beautiful celebration. In true Disney fashion, everyone in attendance felt like they were part of the magic. Between all the activities for children, the grand entrance of each princess on a horse drawn carriage, and the ceremony itself, I had a wonderful time. See below the jump for even more pictures, and full video of the procession and the ceremony. (Disney is releasing their official pictures this week, but I wanted to get mine up as soon as possible. I’ll do another post with some higher quality, professional shots.) 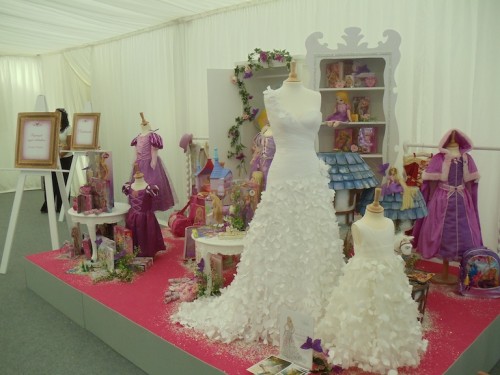 The display of Tangled merchandise, including the Disney Fairytale Wedding dress inspired by the movie (designed by Alfred Angelo) 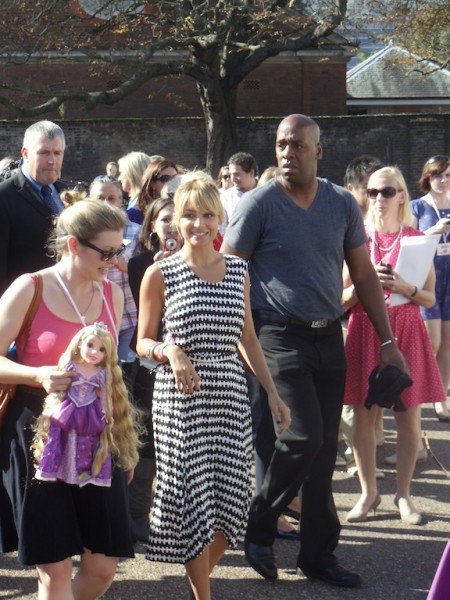 Nicole Richie and her family were in attendance 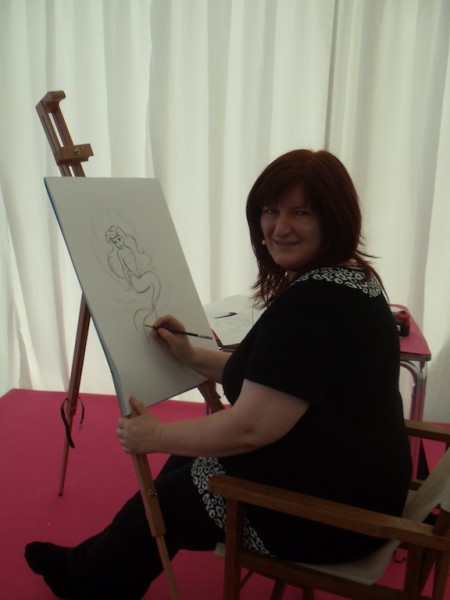 Little Princesses getting their hair and makeup done Children were invited to decorate lanterns and hang them from this tree. 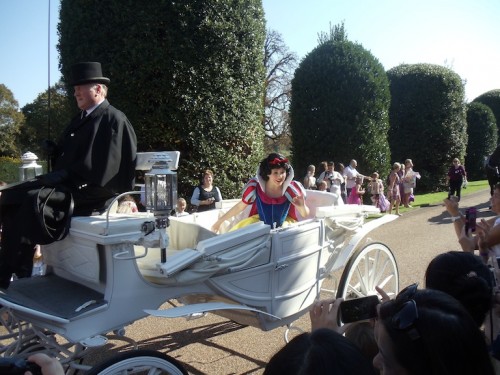 Snow White leads the procession through the Kensington Palace gardens Each princess was paired with a "Little Princess" for the day. The lucky girl picked to be with Ariel being interviewed about the experience. 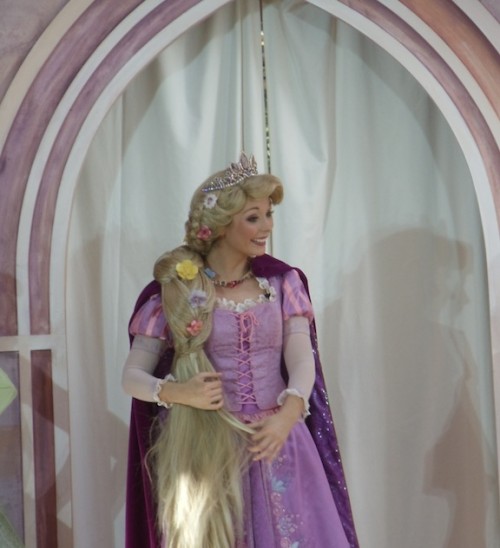 Rapunzel after being officially crowned the 10th Disney Princess

Video of the procession – note, the first two minutes are just Snow White, as they were waiting for the rest.

Video of the ceremony (sorry if my hand was too tired to hold the camera still, but I was holding it up very high to try to get a good angle. I was also trying to take pictures with my other hand, so it was quite the balancing act.)