Desperate Housewives to Live On in International Productions 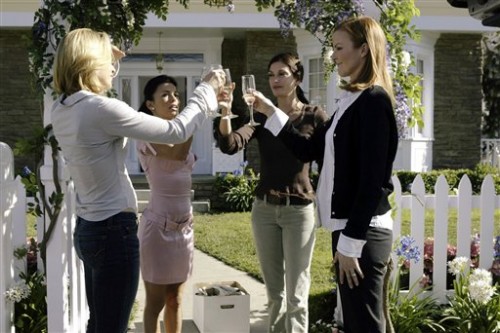 Disney may be putting a cap on the number of “Desperate Housewives” seasons in the US, the current 8th season will be its last, but the show will live on overseas. Disney just announced they will launch a new local production of the hit series, this time set in Turkey. It features some of the country’s biggest talent and will be filmed on location in Istanbul on a local equivalent of “Wisteria Lane” exist.

Sinan Ceylan, Country Manager, The Walt Disney Company Turkey, Greece and Cyprus said: “We’re extremely excited to be co-producing a local version of the hit series ‘Desperate Housewives,’ as it offers us the opportunity to connect with Turkish audiences by telling a locally relevant and entertaining story with an all star Turkish cast, using the universal stories and characters created by ABC Studios. This announcement demonstrates our commitment to investing in the Turkish market and supporting the local entertainment industry.”

Disney has already had 4 separate “Desperate Housewives” productions in various Latin American countries and the original series has been translated and shown in over 200 territories around the world.

Have you ever watched any of these local productions? I wonder how they compare to the original