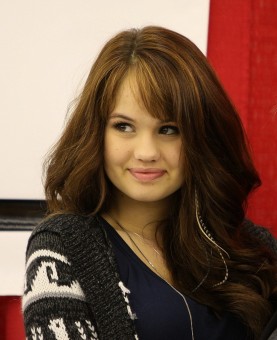 Anyone who has seen an episode of Suite Life on Deck knows this young lady, Debby Ryan, who played hillbilly Bailey Pickett, Cody’s long-term girlfriend in the popular series. As we know, Disney Channel loves their stars, and this lucky one will be leading in a new show called Jessie. The sitcom stars Ryan, who plays a young Texan who moves to Manhattan to nanny for three, interestingly, adopted children of two wealthy parents. The show follows her slow adaptation to the city, and her relationship with the children, whom she grows to love and respect.

For these child stars, it can be difficult to continue with a career once they grow up and their shows are dumped. Ryan noted this in her interview with TVGuide.com, saying, “It hasn’t been addressed that this is who we are once we’re 18 and set loose upon the world and it’s exciting for me to be paving new ground with Jessie.” I bet it is, Debby! And we certainly look forward to seeing your bubbly, spunky personality on-screen once again.