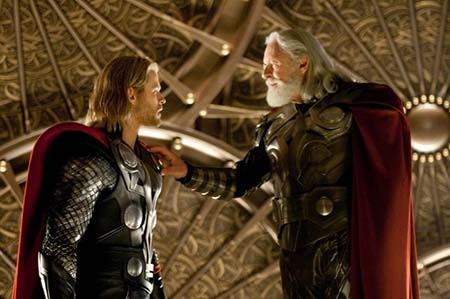 When Kenneth Branagh declined to repeat his stint as director of Marvel’s Thor in the sequel, the competition was immediate and stiff for a replacement. Variety is reporting that one director has risen to the top, particularly for his work on the popular, and critically acclaimed, HBO series “Game of Thrones.” Brian Kirk has a lot of TV directing credits (Luck, Dexter, Luthor) that seem a bit on the dark and twisted side, that could lend an interesting feel to the movie.

Thor 2, featuring Chris Hemsworth as the hammer-wielding superhero, is scheduled to come out in the summer of 2013, but first the character Thor will appear in Marvel’s The Avengers in 2012. After Thor collected $447 million at the worldwide box office, Disney moved quickly to greenlight the sequel.

Should the deal with Brian Kirk not go through, one of the other directors being considered is Breck Eisner. If that name sounds familiar, it’s because he is Michael Eisner’s son. That would be ironic.