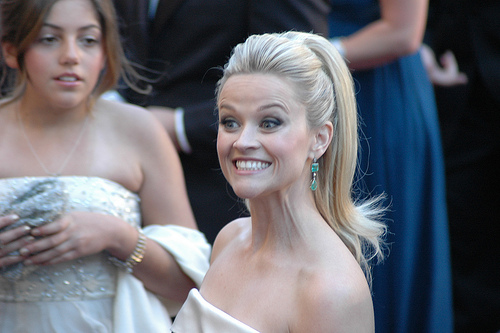 That’s right, folks, the sweet and beloved actress, Ms. Reese Witherspoon has officially signed to work with Disney in a new film called Wish List. While Witherspoon’s character was originally intended for a man, fans will surely be pleased to see her returning to the rom-com genre, which has seemed to slowly become her area of expertise.

In the film, Witherspoon will play a grown up woman who is suddenly forced to deal with the consequences of 10 wishes she made as a child. The now 35-year-old had made these wishes 25 years ago with a simple coin and a fountain, but we all know wish-granting is never that simple. Because the coin had not reached the bottom of the fountain, the wishes had not been heard. Yet for some reason, the fountain is disturbed, and the coin finally has it’s Genie moment.

Written by Randi Mayem Singer, who also wrote Mrs. Doubtfire, this film sounds like it has the potential to be a Disney hit. The plot, though vague at this point, is intriguing, and the creative minds working on it are nothing less than qualified, to say the least.

Let’s see…what did I wish for at 10 years old? Free Disneyland tickets for the rest of my life, lots of pretty ballerina costumes, and more wishes. Can’t say things have changed very much for me, but I can see how this idea would make for a very cute and creative comedy!